​A man was airlifted to hospital after coming off his motorcycle in Brixham today, 22nd January.

Police were on patrol in the area following complaints of off-road motorcycling.

Police located a group of men who had been off-roading and one had an injured knee. Due to the location and lack of access, the air ambulance was asked to attend. 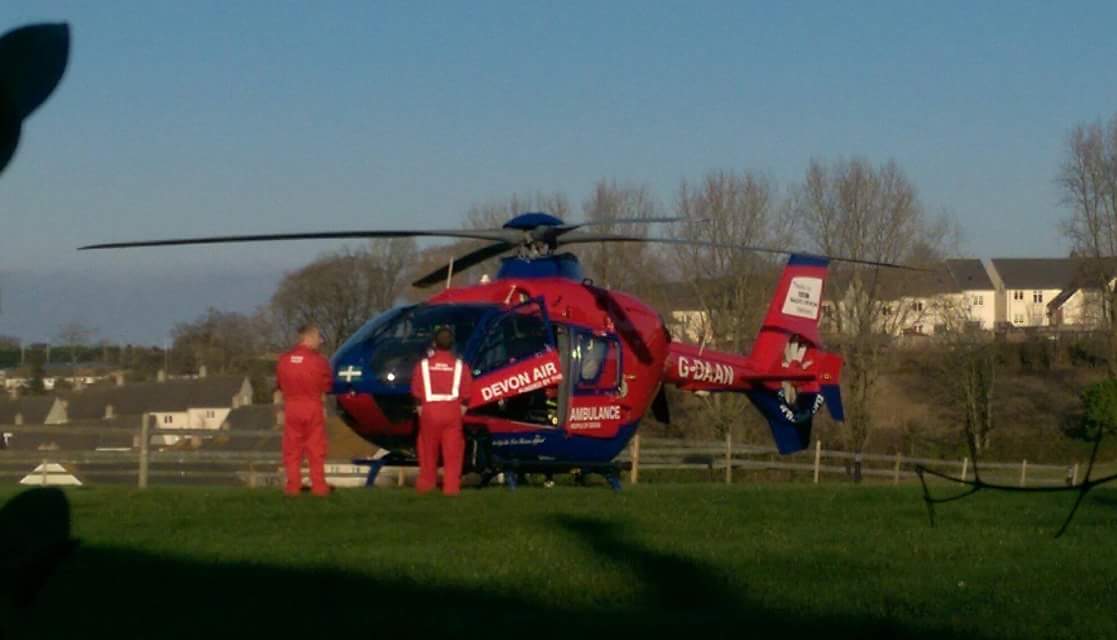 A spokesperson for Brixham Police said:
“At about 1325 hours today, Brixham PCSO’s were on targeted patrol following a number of complaints from the community regarding possible illegal off-road motorcycling. They located a number of young males who had been off-roading on a lane off of St Mary’s Road. One of the males, a 20 year old had come off of his machine and had sustained a knee injury, which due to access issues required the Devon Air Ambulance to attend and airlift the male to Torbay Hospital for treatment.

“Police would like to remind the public that the use of any motor vehicle without the appropriate documentation on a public road is an offence and the driving of any motor vehicle on a footpath, bridleway or any area other than which is private is also an offence. Aside from this the locations involved are relatively inaccessible and should an incident occur it’s difficult to get to your aid.
“Any information from the community relating to potential illegal off-roading or other issues is very much appreciated. It’s mainly due to information from the community regarding these activities that caused these targeted patrols to be in the area at the time, enabling our PCSO’s to give immediate initial first aid and direct resources to the incident,”
Information can be given to the police via 101. Log 413 22/01/17 relates.