A man has been found guilty of the murder of his partner today, Thursday 10th May after after a two-and-a-half week trial at Truro Crown Court.

Dean Lowe, 33 will be sentenced for the murder of Kirby Noden on Tuesday 15 May 2018 at Exeter Crown Court. 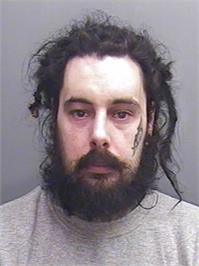 Lowe was accused of murdering Kirby Noden in January 2017 at the flat they shared in St Elmo, in Marazion, Cornwall.

The couple, who were originally from Winsford in Cheshire, lived in Torquay before moving to Cornwall.

Police were alerted in May 2017 by Lowes family who has received some disturbing messages from Lowe on social media. Prosecution QC Paul Dunkels said that Lowe had contacted his family in Cheshire to say there had been a body on the floor which he had cut up and put into bins. 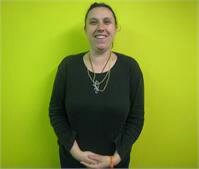 Kirby’s remains have not been found despite extensive searches.

Detective Inspector Ian Ringrose said: “Based on the evidence and our investigation it is my belief that Lowe had killed Kirby sometime between 11th and 14th of January 2017.On the evening of the 17th May 2017 Lowe made a number of disclosures via Facebook to relatives in Cheshire that gave them concerns about Kirby’s safety and led them to alert the police in their local area who in turn notified officers of the fears as to Kirby’s murder.

“On the evening of 18th May 2017 officers found Lowe at the Courtyard Flat and, due to what he told them and the scene that they discovered, they arrested him on suspicion of Kirby’s Murder.

“Lowe had made certain disclosures in the Facebook messages and to the arresting officer to suggest that he had killed Kirby, disarticulated her body and disposed of her remains. The forensic examination of the scenes supported this and that there had been a sustained attack on Kirby and that Lowe was the person responsible for that assault.

“He subsequently denied those admissions and pleaded not guilty to murder.

“This has been an extensive and complex investigation which has been necessary to prove that Lowe is responsible for Kirby’s death, disprove his various explanations as to why Kirby could not be found and in parallel, because we have been unable to find any of Kirby’s remains, a complex investigation to prove that Kirby is no longer alive. This has required extensive nationwide and International enquiries.

“Miss Noden’s family have been put through a living hell with Lowe not disclosing where he disposed of Kirby’s body and denying all knowledge in court. Lowe added to their upset by insisting that Kirby was still alive.“We hope today’s verdict gives them some comfort in the conclusion of the case and our thoughts and sympathies are with them.”

Kirby Noden’s family have made the following statement: “Dean Lowe has taken away from us something totally precious, and although we welcome this verdict and sentence, it will never replace our loss.

“We would like to thank the ladies and gentlemen of the jury; and all members of the Devon and Cornwall Police, especially D.I. Ian Ringrose and his team for their extremely thorough hard work and relentless dedication to achieve a conviction.

“We would especially like to express our thanks and warm wishes to DC Jon Watts for his outstanding work and compassion during this case.”