A man was rescued after falling down a cliff at Roundham, Paignton last night, Saturday 19th October.

The rescue involved coastguard crews, RNLI and the Coastguard helicopter.

The RNLI launched their All weather lifeboat (ALB) and located the man on rocks. He was taken to Derriford Hospital in Plymouth.

A spokesperson for Torbay RNLI said: “The ALB was launched following contact with HMCoastguard by a casualty who had fallen and
sustained injuries on the cliff face at Roundham Headland. The ALB/’Y’ Boat located the casualty in
a position that made both cliff or lifeboat extraction too risky. HMCoastguard Rescue Helo from
Newquay was tasked and the casualty recovered by them and transferred to Derriford Hospital,” 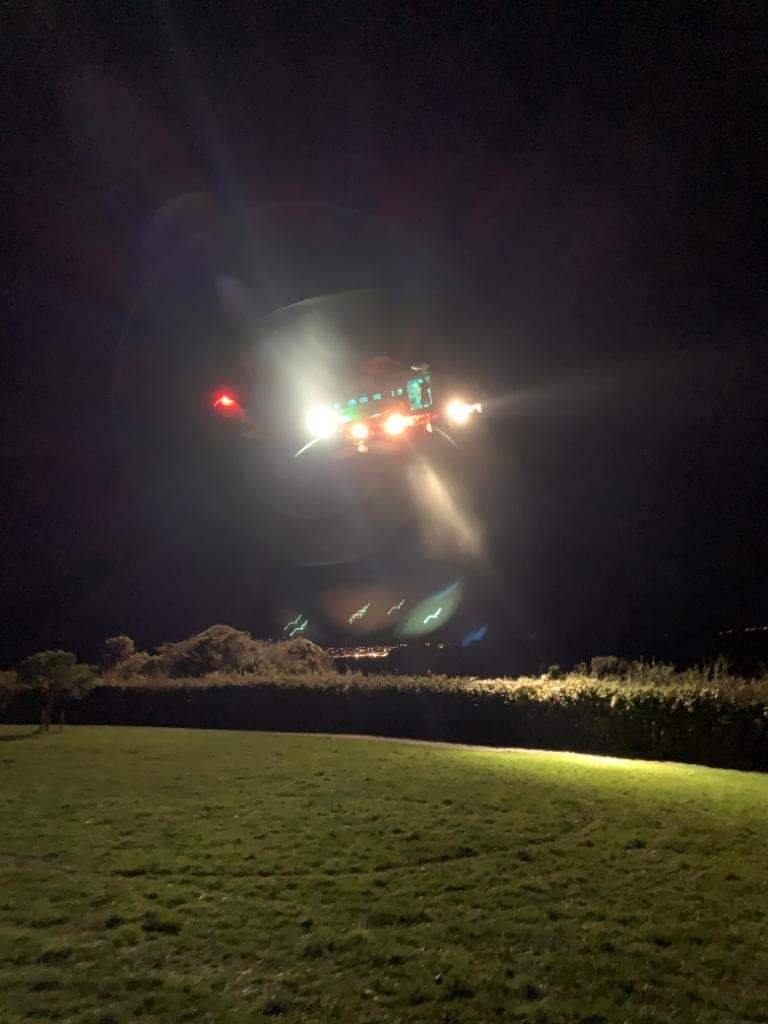 Torbay Coastguard said on Facebook today: “We were tasked by Solent Coastguard – Operations Centre to a male who had fallen down the cliff at Roundham, Berry Head Coastguard were tasked to back us up. Once on scene we sent out several search teams, with the help of RNLITorbay we managed to locate the casualty on the rocks. Due to his location the best extraction was via our Coastguard Helicopter R924. A paramedic was winched down to assess and give first aid to the casualty, he was then winched off the rocks and taken to hospital,”