This weekend saw 4 students and officials from MartialArts4Fun Schools of Excellence from Teignbridge travel to Coventry for the first Taekwondo Association of Great Britain national championships since the Covid pandemic started.

The organisation expected numbers to be low, however, there were over 1,200 competitors and 300 officials that attended the event.

Two of the students won trophies/ medals. Firstly Maddie Ridgewell got a Bronze in Black Belt girls sparring and a Gold in Tag Team. 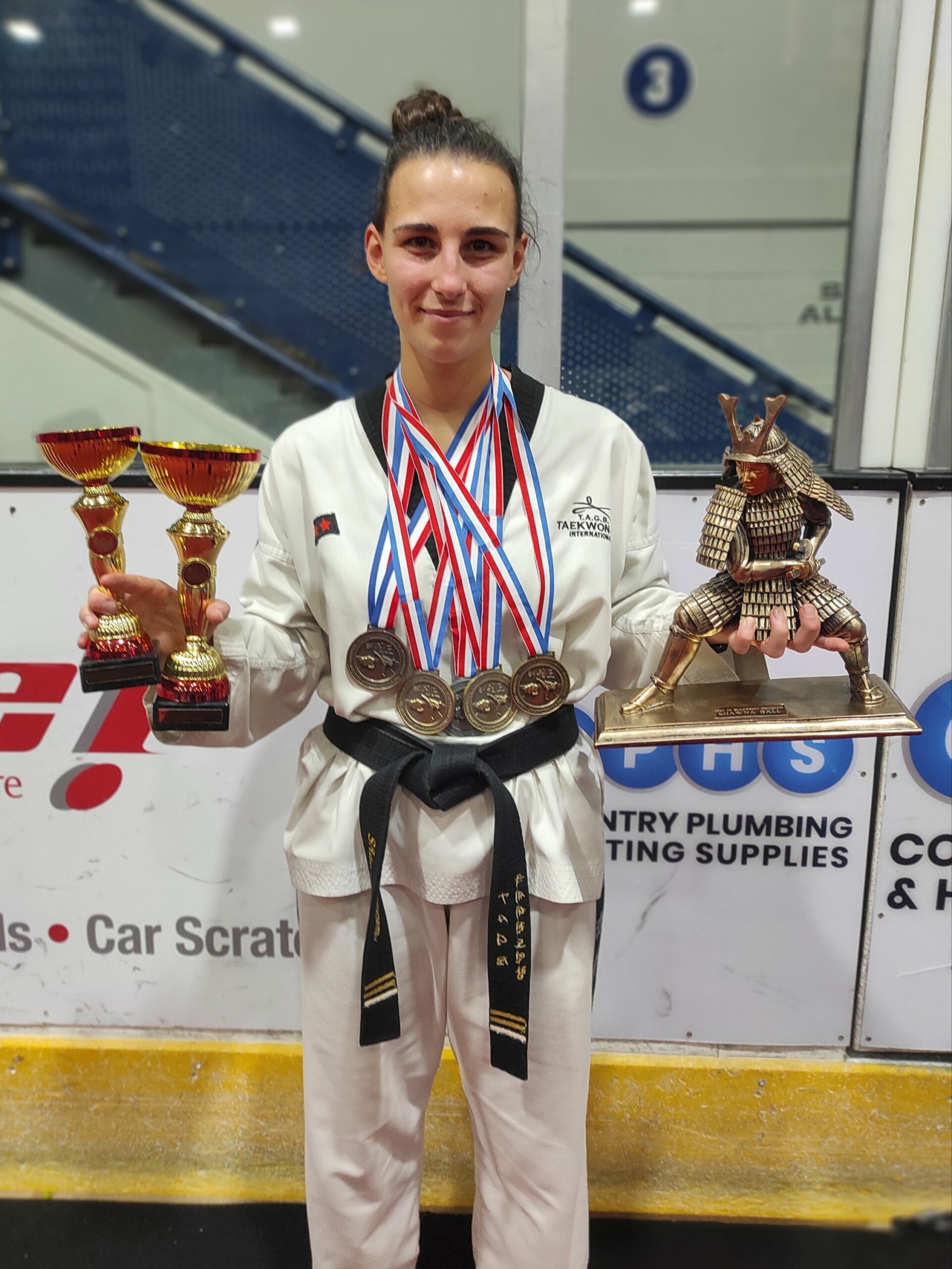 The other competitor was 3rd Degree Black Belt Shawna Ball who had a busy day in the Cadet categories and Adult Strikemate events. She entered 7 individual events and came away with a haul of 7 medals. In Cadets she got a Silver in Patterns (having only learnt the pattern 3 weeks ago) and Bronze in Sparring (after only sparring once in the past 2 years). In the Adult Strikemate events she won 4 Gold’s in Hand Power, Foot Power, Speed Kicking and Fight Fit, then took a Silver in the Grand Champion event. In addition to this Shawna also picked up her grading award for being the “Best Female in the October 2021 grading” which was presented to her by Joanne Reardon from the British Taekwondo Council (BTC) and Grand Master David Oliver, Chairman of the Taekwondo Association of Great Britain (TAGB). 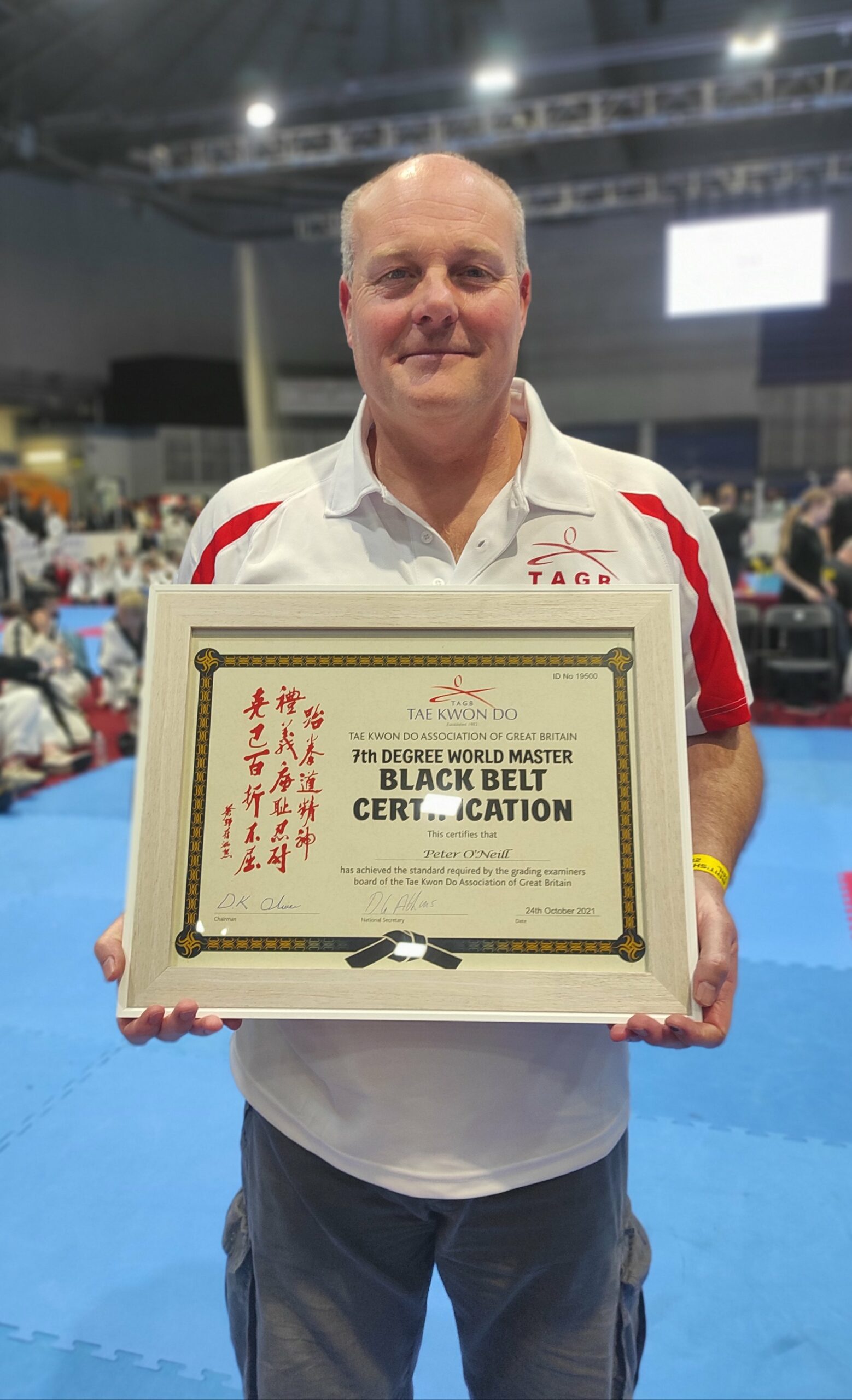