Two men have been jailed today for their ininvolvement in distributing drugs into the South Devon area.

Samuel Brisefert (28), Wesley James (27) sentenced today at Exeter Crown Court. They were jailed for a total of 10 years after admitting money laundering and drug offences. 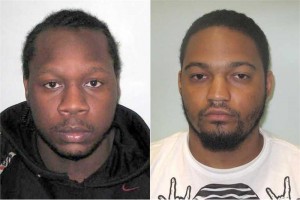 Brisefert, of Osbourne Road, Hackney in London, admitted conspiracy to supply class-A heroin and crack cocaine. He was jailed for five years

The offenders co-ordinated the dealing of heroin and cocaine in the Exeter area, travelling to and from the area in hire cars. Investigation showed that the vehicles had travelled as far as Scotland.

A/DI Rob Youngman of Zephyr said: “The jailing of the two men sends a strong message to those engaged in serious and organised crime in the south west that they will be steadfastly pursued and placed before the courts.

“This court case was all about ensuring the ringleaders in this highly sophisticated and complex crime were punished for their involvement in the illegal activity of drug dealing,” said A/DI Youngman.

Supt Keith Perkin, local policing commander for Exeter, East and Mid Devon said: “Operation Crossbow is an excellent example of how local policing teams work with regional and national colleagues for the good of the community.

“Those convicted not only brought harmful drugs into Exeter, they preyed on and used vulnerable people to do so. I would like to thank all those involved in Operation Crossbow.”