There was concern earlier that a ‘bronze’ statue had been stolen from the pavilion in Torquay.

The Torquay Pavilion Trust posted on Facebook:
“Dear all, we have some bad news. Britannia, the life-size bronze statue that has crowned Torquay Pavilion for 104 years, has been removed from the building. Our photos show that it disappeared between March 10th and March 13th this year, and close-up photos appear to show it has been roughly removed at the base. A life-size bronze cannot just disappear – we are urgently requesting any information and ask whether anyone has seen/heard anything about this symbol of our great town,” 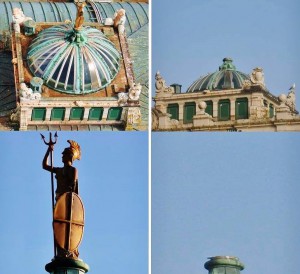 “Please stop over reacting, it was damaged during the recent storms and was taken down to prevent further damage to the statue and passers by. I can assure you it’s safe and secure,” posted Micheal Smith, who went on to explain that he was manager of the marina and it was removed to prevent it from being ruined. He also stated that the statue is not bronze and is, in fact, hollow.

So, no super strong person has climbed onto the roof and made off with a huge bronze statue.

We hope to see it back in place soon.