Police have appealed for information about his whereabouts due to a concern for the 85 year olds whereabouts.

It is believed he was last seen at his home address in Paignton around 11am yesterday, 6th May 2016.

His vehicle was subsequently located unattended near the Meldon Reservoir on Dartmoor at around 5.20pm on 6th May.

Robert is described as being a white male, 85 yrs, grey hair swept back, wearing a black or brown leather jacket, dark trousers with dark glasses. 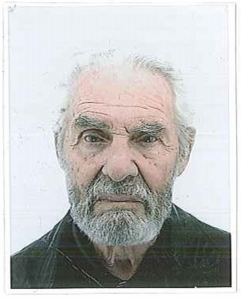 If anybody has seen Robert, or has any information as to his whereabouts, could they please contact Police as a matter of urgency, quoting log 694 of 06/05/2016.