Police have appealed for information about the whereabouts of a man missing from Salcombe.

Police have said they are concerned for the welfare of Michael Ferchuck.

He is described as white, 6ft tall, slim, with greying dark brown hair and wears glasses. 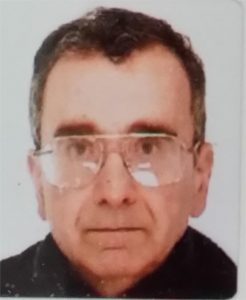 He is believed to be driving a blue Suzuki Alto, registration WJ10 HNZ.

Anyone with any information regarding Michael’s whereabouts is urged to contact the police quoting log reference number 0681 27/09/17.