A missing woman in her 70s who has dementia was found following a search involving police, police helicopter, Dartmoor Search and Rescue, Coastguard and RNLI crews late last night.

The missing woman was found by the police helicopter who spotted a heat source in dense woodland.

Coastguard Rescue Teams, Torbay inshore lifeboat and Police then carried her in a stretcher through the undergrowth before she was taken home to family. 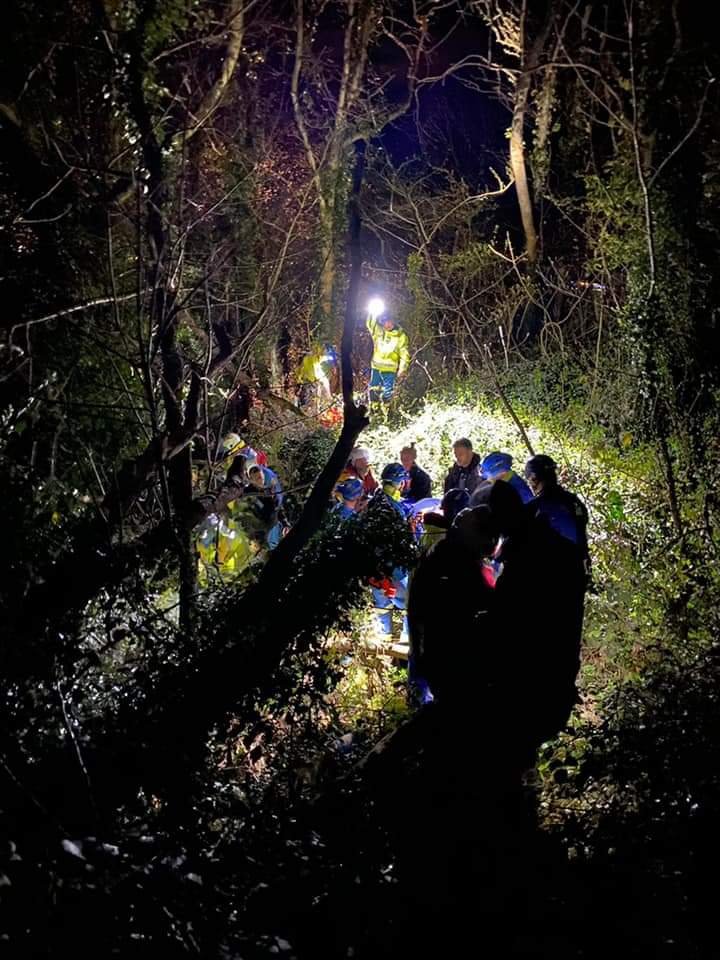 A spokesperson for Torbay Coastguard said on social media: “Shortly after arriving on scene, NPAS44 located a heat source in a densely wooded area far from the coastal path but a short distance from the shore. They were able to direct the RNLI ILB to the shore where crew approached the heat source and confirmed it was the missing person.

“Due to the location, evacuation of the casualty by helicopter or RNLI was impossible. Instead, Coastguard Rescue Officers, Devon & Cornwall Police and RNLI crew placed the casualty in a stretcher and carried them through overgrown and uneven woodland to the coastal path. The casualty was then transported back to their home address to be reunited with family and seen by Paramedics.”

This twitter video clip shows the moment the missing woman was located.

We have made a lot of noise this evening in Torbay assisting @DC_Police with a massive multi-agency search for a 75 year old lady who had failed to return home to her family.

Here is the moment she was found by NPAS 44 – now safe with her family ^GMO #Team999 #PoliceHelicopter pic.twitter.com/5ymSPVMJWX