With teeth like that, it’s hard to believe Western lowland gorilla Kiondo is a vegetarian. The 15-year-old, who weighs in at around 186 kilos and lives at Paignton Zoo in Devon, has an impressive set of gnashers.

He was spotted displaying to keepers and to his fascinated public by photographer and Zoo regular Miriam Haas. 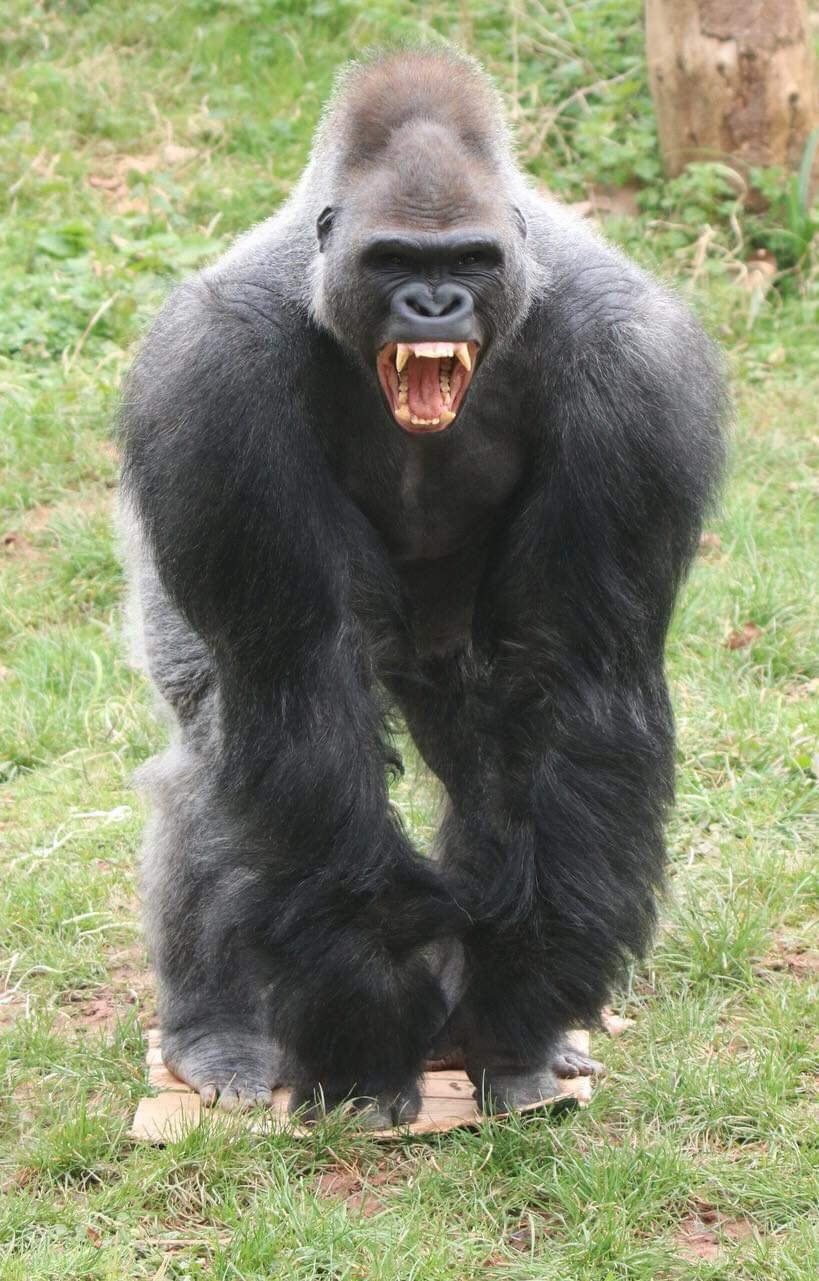 Kiondo enjoys a diet of vegetables, including peppers, sweetcorn, tomatoes, chicory, cabbage, kale and lettuce. The giant vegetarian sets a fine example when it comes to healthy eating – though his table manners leave a little to be desired.

Gorillas have 32 teeth — the same as humans. They need big molars to mash up all the hard veg and twigs; the canines are used to strip bark, open tough seed pods and defend the family against external threats in the wild or to compete with other males in displays of dominance.

Kiondo hangs out with 14-year-old N’Dowe (pronounced Endovay) and Kivu, also aged 15. The Zoo’s oldest gorilla, Pertinax, aged 35, lives separately. They take cardboard outside to stand on when they think the grass will be wet or cold, which may sound a bit wimpy, but is actually pretty clever.

The charity’s bachelor group of Western lowland gorillas – a Critically Endangered species – plays a vital role in international gorilla conservation, providing somewhere for young males to grow up in a social environment. Some may move on to be the dominant males in bachelor or family groups in other collections as part of the European breeding programme. Paignton Zoo is a registered charity. For more information, go to www.paigntonzoo.org.uk or ring 01803 697500.