A fire at the Rotunda building in the grounds of Oldway Mansion in Paignton this morning, Thursday 11 February, is suspected to have been started deliberately.

The fire service have confirmed they suspect arson and crews are working with the Police.

The fire service were called to reports of a fire just before 8.30am. 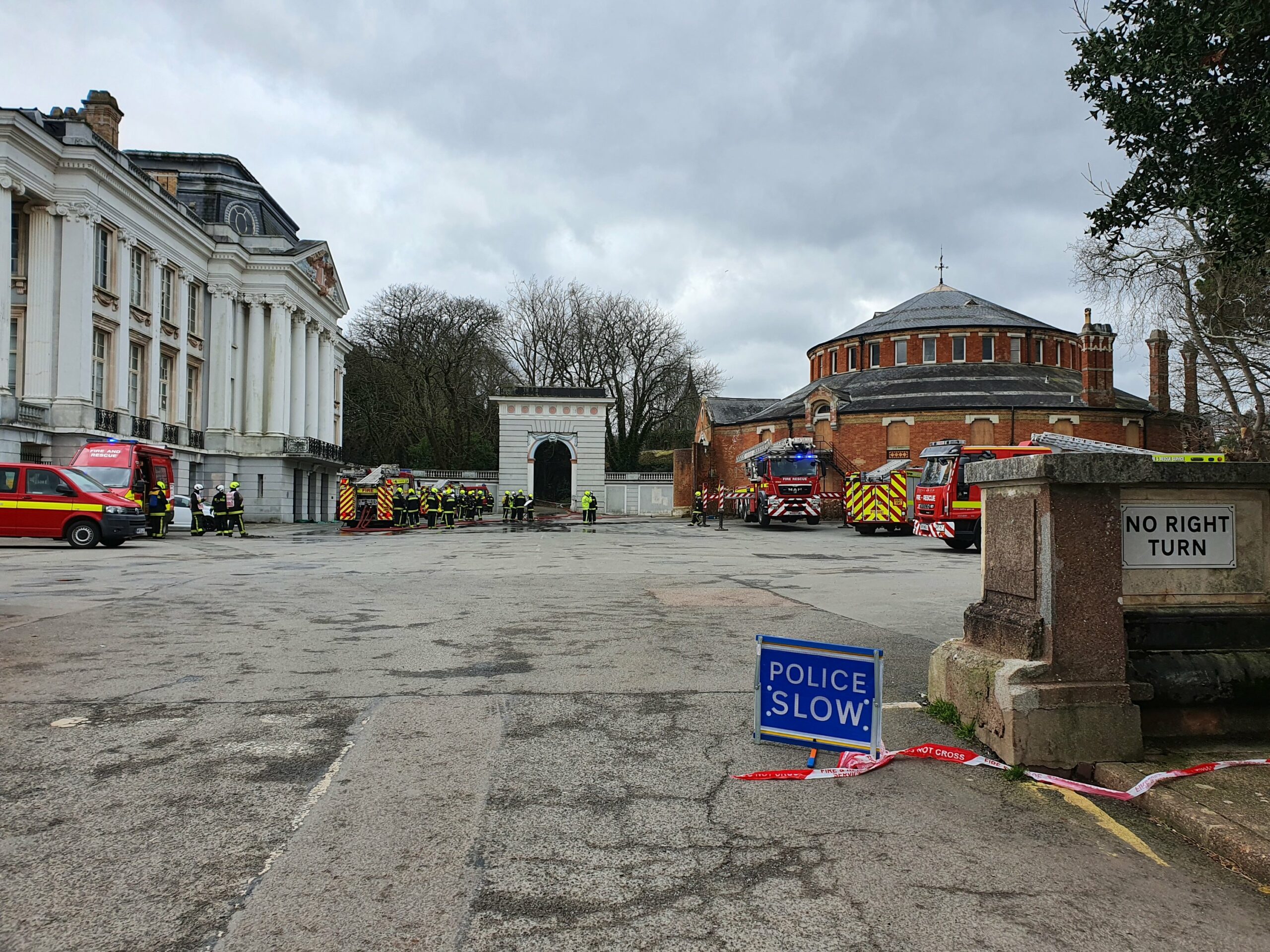 A number of fire appliances were sent to the incident, with crews from Paignton, Torquay, Totnes, Buckfastleigh, Newton Abbot and Bovey Tracey in attendance.

The fire was on the ground floor of the derelict building. It is not currently known how much damage has been caused by the fire.