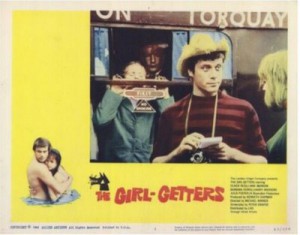 Back in 1964 the cream of young British acting talent came to Torquay to film a movie by the name of The System. Unusually for a Torquay-set movie it was worth watching for something other than for spotting South Devon locations. 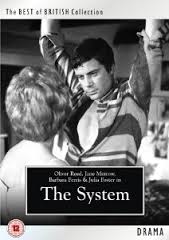 Starring Oliver Reed, ‘The System’ is the story of a group of jacket-and-tie sporting young men scouring Torquay’s seasonal tourists in search of sexual conquests. The storyline was provocative as it showed sex outside of marriage. Indeed,in the United States where it was known as The Girl Getters, it was heavily cut for its adult content. Here’s the trailer, beginning with a scene on the lost Palm Court:

Near the end of yet another summer, the leader of the group, played by Oliver Reed, aims to conquer an affluent fashion model, but finds himself unexpectedly falling in love. Music is provided by the Searchers, who make a rare film appearance in a club scene. The Searchers performed The System over the opening credits. The movie also features the Rockin’ Berries and the Marauders. Here’s the Searchers’ track: 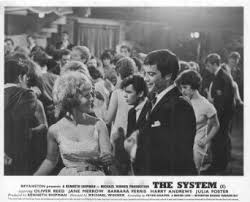 Directed by Michael Winner (Death Wish) with Nicholas Roeg (Performance, The Man who fell to Earth) behind the camera, The System has been described as,“a great lost document of mod 60s British culture, utilizing the talents of many artistswho went on to more celebrated accomplishments… a captivating, authentic precursor to Quadrophenia”.

The System was also (it’s claimed, though there are some who would disagree) the movie that gave us the term ‘Grockle’ – a mildly insulting term for ‘tourist’ which was very common throughout the later sixties and seventies. 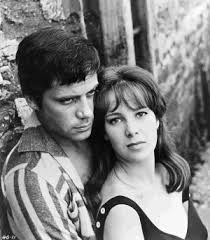 The term became popular after its use by the characters in The System. Some dictionaries, however, suggest that Grockle might be a West Country dialect word. Others hold that red-faced tourists (in baggy clothing with Python-esque handkerchiefs on their heads) resembled Grock, the famous Swiss clown. They then became known as little Grocks, because of “their boorishness and clownish behaviour”.

However, it doesn’t appear to be a very old Devon term, and the Oxford English Dictionary knows of no instances of the word dating from before the release of The System. One suggestion is that it originates in a Dandy cartoon. This was ‘Danny and his Grockle’ – the Grockle being a dragon. A Torquay local claimed that when he was young he had a summer job at a swimming pool and named an elderly lady swimmer the Grockle. It then became a name for all tourists among a few locals. A script-writer heard them use the term during filming The System in the Bay, but it really became popular because of its use by the characters in the movie. 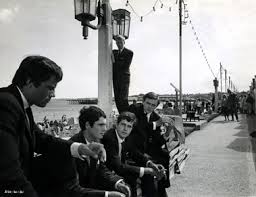 It doesn’t seem that Grockle is used much by locals any more. If it is still in common usage, let us know?

One of the pleasures of the movie is in spotting Torquay, Paignton, Brixham and Dartmouth locations, some long-gone. For example, here’s Oliver being ambushed by Torquay thugs on the harbourside:

… and here’s the fondly-remembered 400 Club, and remember, “What harm can come to you down here?”: