Open for Business? Dawlish Storm a Year On

by Helen Brenton
in Business News 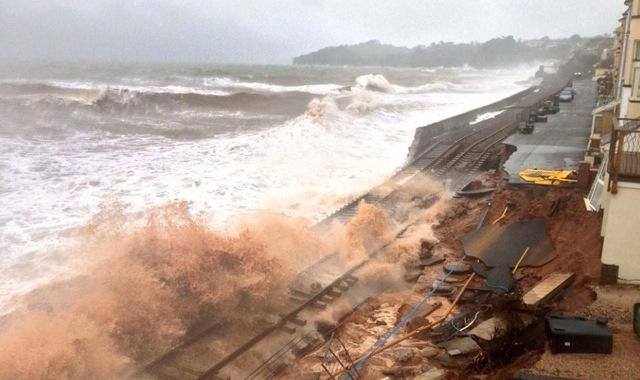 It’s exactly a year ago since one of the biggest storms to ever batter the country hit our coast causing part of Britain’s best-loved railway line to be suspended in mid-air as its foundations swept out to sea. This main rail link with the West Country was then closed for 2 months.

Concerned about the impact on the region’s economy,visitor attractions, along with hotels, businesses and restaurants to launch an “open for business” campaign following the storms, which also caused the Somerset Levels to remain under water for months. Communities pulled together online and off, to ensure that their was minimum impact to local industries.

So, on the anniversary of the ‘Dawlish storms’ let’s take a look at where things have progressed.

A massive £35 million was spent on re-building the Dawlish sea wall to reconnect the service that links most of Devon and Cornwall with the rest of the UK in time for last year’s Easter holiday season, which is vital to our region

But after months of a 300-strong “Orange Army” of engineers putting the route back together again, the track is apparently only modestly more protected from the ravages of the sea than it was before.

So could the line sustain another battering, should it come, or are we just crossing our fingers that this won’t happen again?

For Torbay and Dawlish on the coast, there is still the fear that the existing line could be compromised. Or even closed.

What are your thoughts on the commitment to the Westcountry’s rail infrastrucutre?

And in what ways did the storms and the ‘Open for Business’ campaign affect you?

Can you help Torquay CID identify this man?