South Devon businessman Rob Burkitt aims to ‘clean up’ for Rowcroft Hospice by tackling its Male Trail in memory of his dad Bill.

Rob, who owns oven valeting service Ovenu Newton Abbot, is appealing to his many clients to sponsor him in the event, which marks the 40th anniversary of the Torquay-based hospice.

This year the Male Trail is held on Saturday 12th March and is open to all, not just men. Starting at Torquay Rugby Club, participants will follow an eight-mile route around the town before returning to the club to be welcomed with a pint and a pasty to watch the Six Nations Rugby.

Rob, who lives in Torquay, said: “I signed up for this special anniversary event in memory of my dad Bill, who received support from the hospice’s community support team shortly before he passed away aged 84 in December 2020. 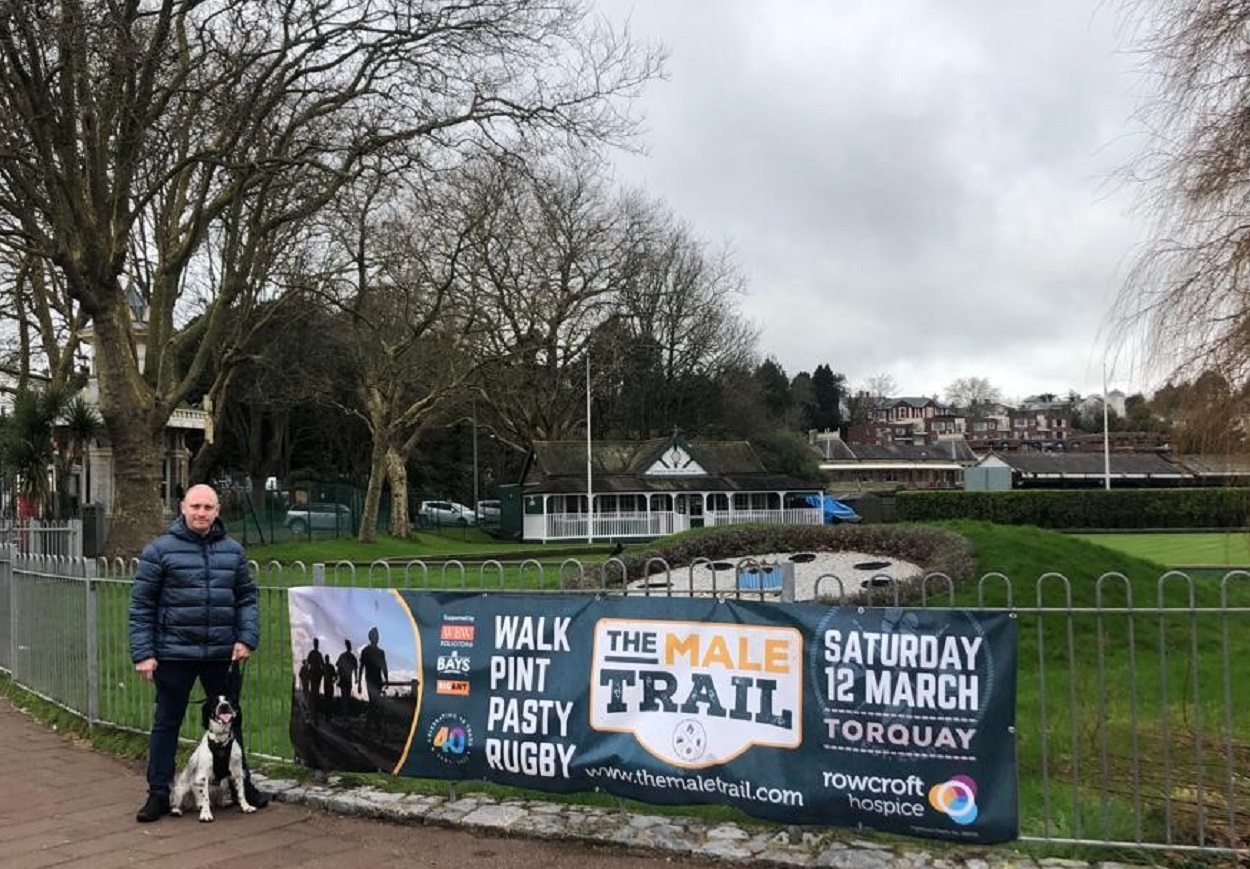 “They provided comfort to both him and our family and I want to raise as much money as I can for this tremendously worthwhile charity that relies on the community for the majority of its funding.

“I launched Ovenu Newton Abbot a few months before my dad passed away and I’m grateful that he got to see me establish my own business.”

The 35-year-old, who is on the board of Torquay United Supporters’ Trust, added: “Sadly, I know first-hand the vital role this hospice plays so I hope my many clients will sponsor me and allow me to really shine in terms of money raised!”

Rowcroft Hospice provides its services to those with life-limiting illness over 18 years old, and their families, free of charge, supporting over 2000 patients and their families each year across 300 square miles of South Devon.

It operates a team of doctors, nurses, occupational therapists, social workers, physiotherapists, complimentary therapists, bereavement counsellors and support staff, with much of its care talking place in the community, in peoples’ homes, residential homes, and hospitals.

A spokesperson for Rowcroft Hospice said: “We really appreciate Rob signing up for the Male Trail and we are appealing to as many people as possible to follow his example and join in with friends and family to help us make a real difference in their communities.”

For more information on the Male Trail or to sign up, visit: www.themaletrail.com