23 year-old-Gambira had lived at the zoo all of her life but had recently suffered health issues following a severe leg fracture.

A spokesperson said on the Paignton Zoo Facebook page: “We are sad to announce the loss of our Bornean orang-utan Gambira.

“Gambira suffered a severe upper leg fracture in September 2020 and at the time underwent emergency surgery with a specialist team. The lengthy procedure appeared to go well and there were initial indications that Gambira had started to recover from her injury.

“However, within the last week primate keepers noticed that Gambira was experiencing significant problems with her leg, including mobility. For her best interests, the decision was made to anaesthetise Gambira again so that our vets could investigate further. Unfortunately, they discovered that the break had not healed and was unlikely to do so. Therefore, for her welfare, the decision was made to euthanise her.

“Gambira was 23 years of age and had lived at the zoo all her life having been born here. Her biggest love was food, and she was often the individual that would be constantly eating whether inside or outside! 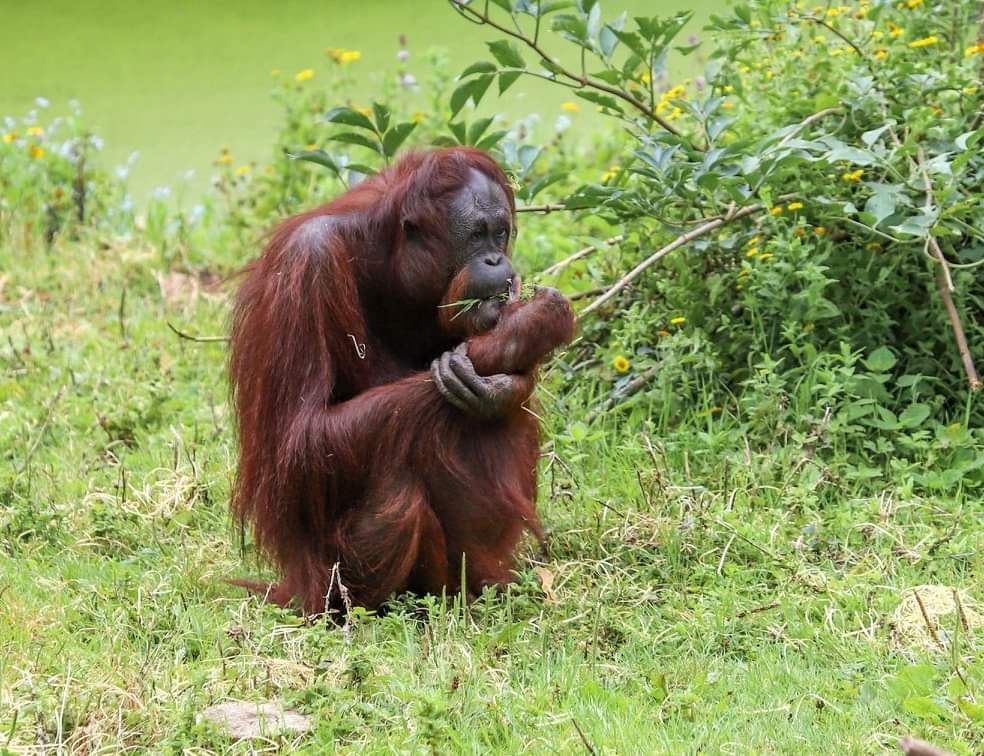 “A kind-natured, intelligent ape, Gambira had more recently become an ‘aunty’ figure to youngster Natalia, who lived with her, mum Chinta and male Wousan.

“The passing of beautiful Gambira is a huge loss to the zoo and she will be dearly missed by many.”