Update: It has now been confirmed that a man was injured after becoming trapped by the vehicle he was working on. There are currently no updates on his condition.

A person has been airlifted to hospital this afternoon following an incident in Torquay today, Saturday, 7th April. 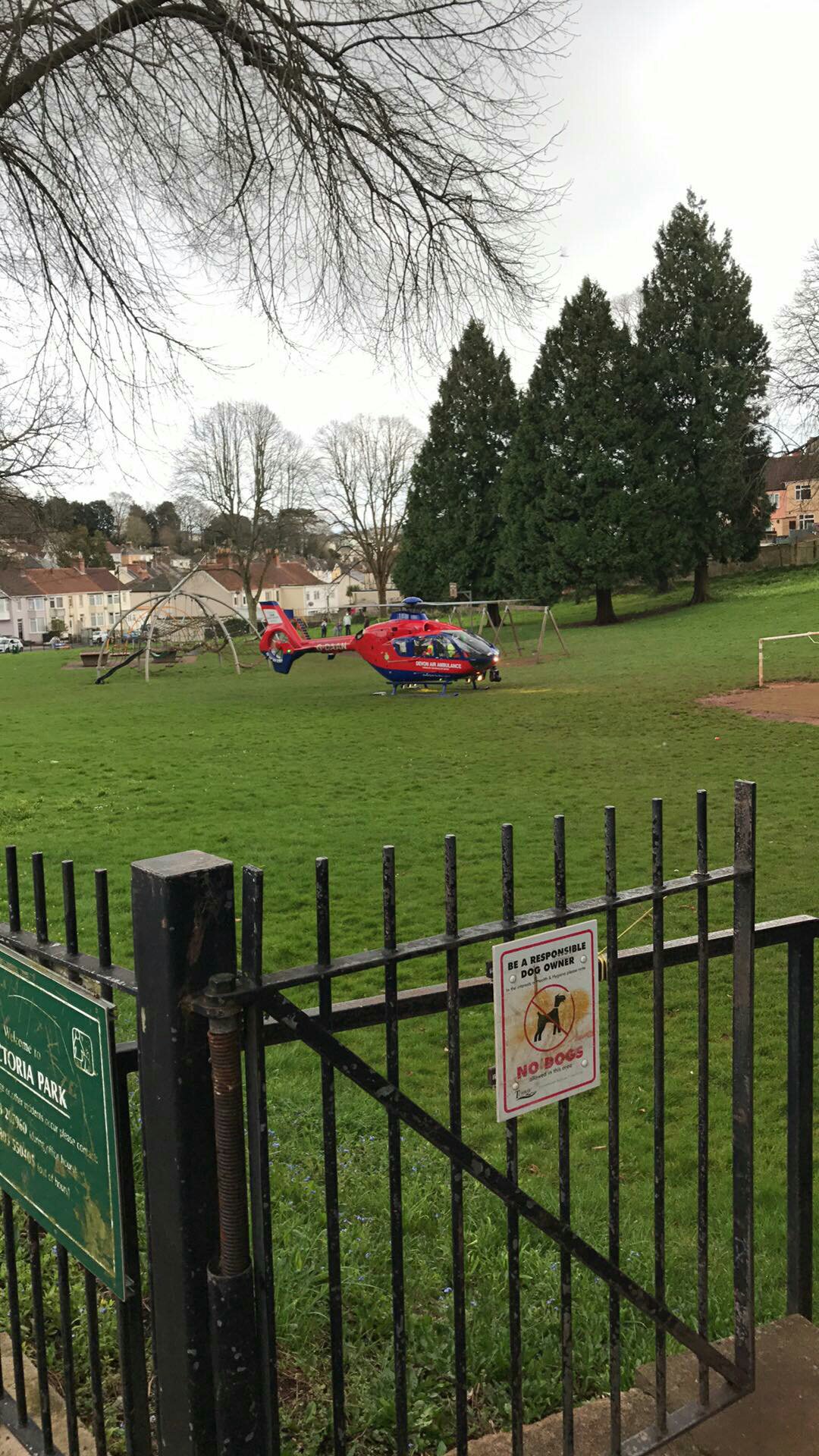 The incident happened in the Queensway area where locals report that a person was trapped by a vehicle.

The air ambulance initially landed at Queensway school, local company Safe Response, who were in the area, transported the air ambulance crew to the incident in Arden Drive.

The air ambulance was then moved to Sherwell Park for better access.

The person was transferred from the incident to the air ambulance by land ambulance.

The air ambulance left the scene at 5.10pm.