A woman has been treated for burns and a cat has been rescued from a major house fire in Torquay this afternoon, Friday 18 June.

Emergency services were called to reports of a fire in the roof of a property on Windsor Road just after 3.30pm.

The road was closed by police. 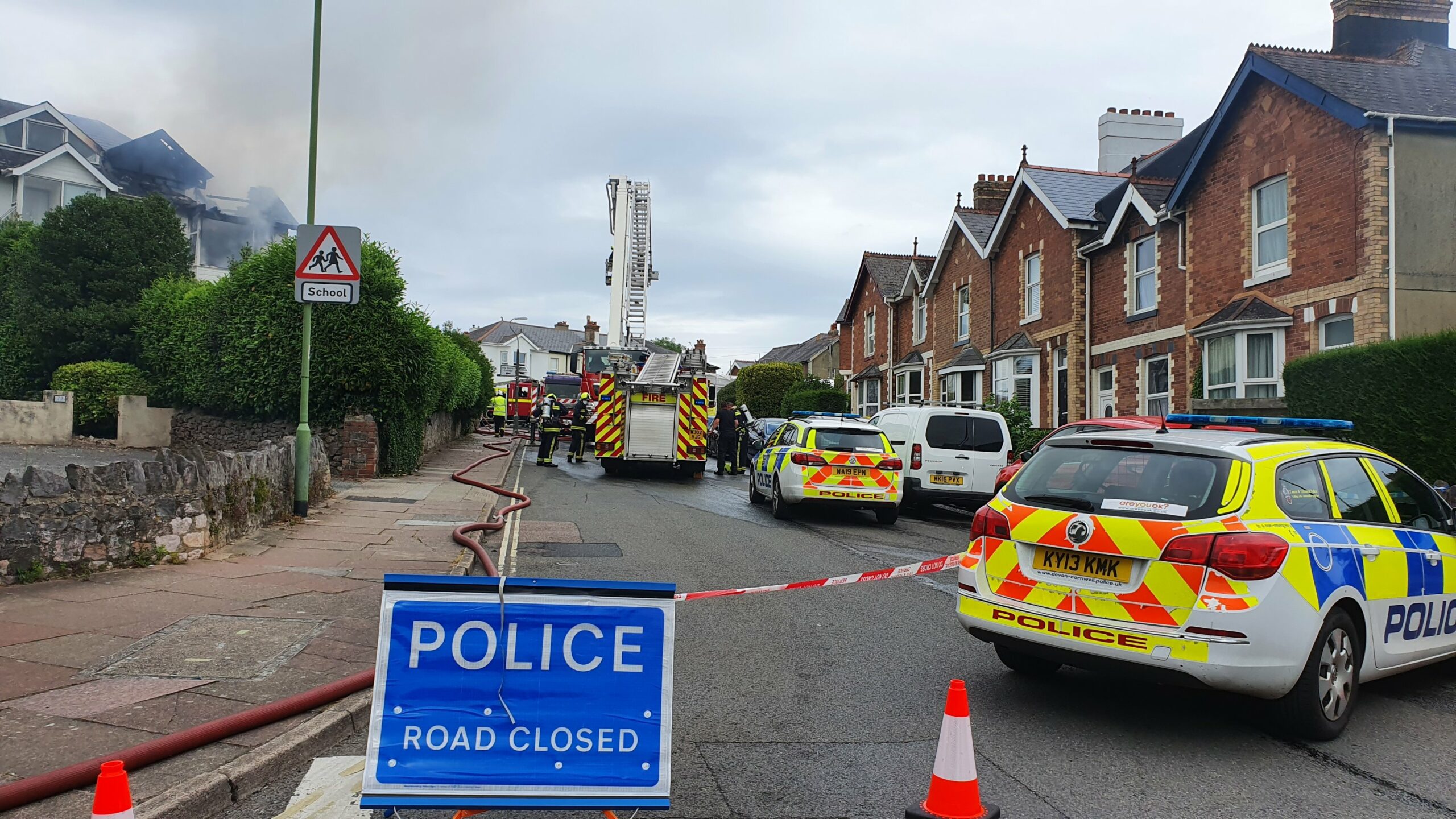 Fire crews from across the area attended the incident, along with police and ambulance crews, with an air ambulance landing nearby in Plainmoor. 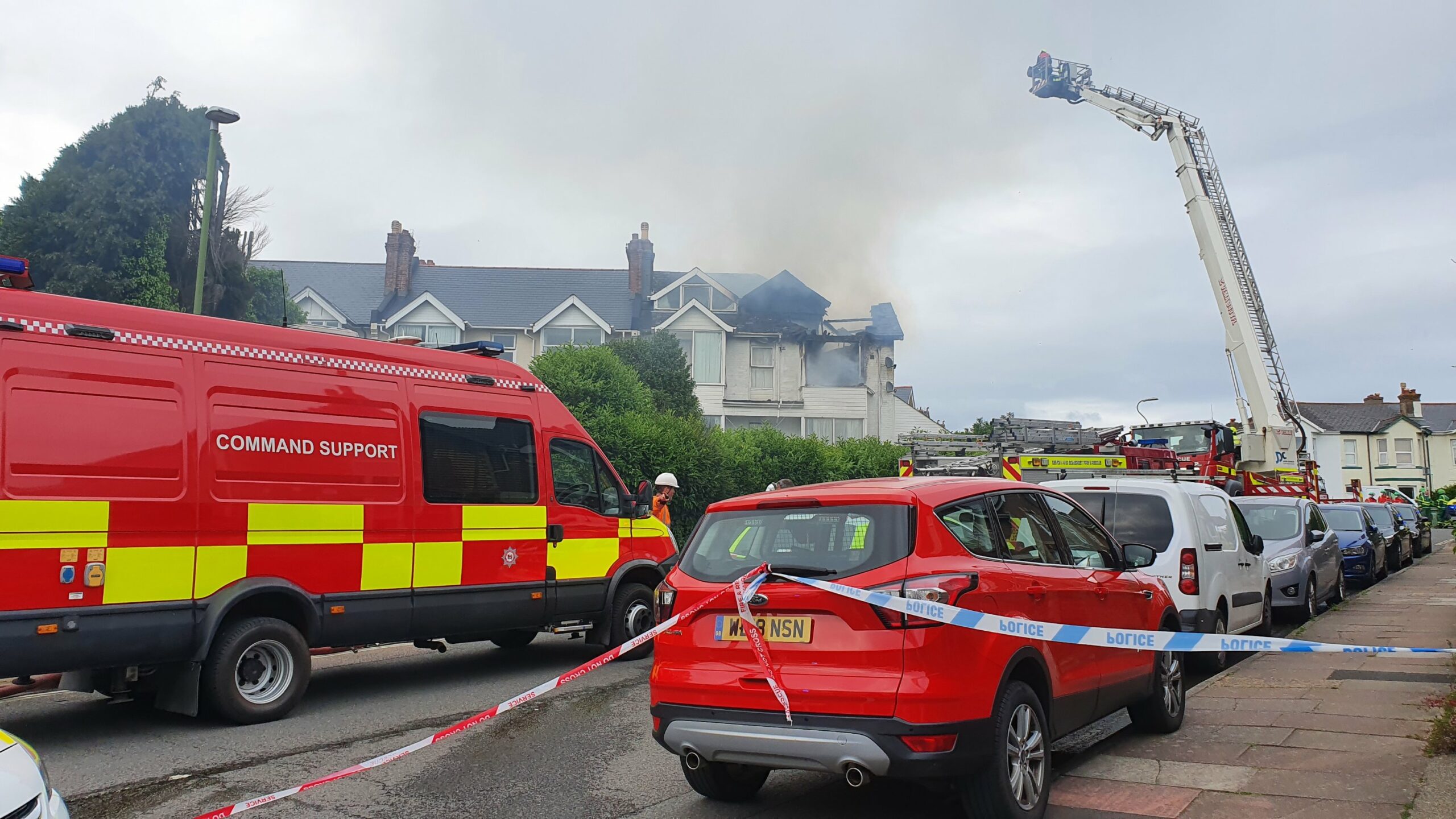 A spokesperson for Devon and Somerset fire and rescue service said:”Police were requested for traffic control and one female was being treated for burns by the fire service and then paramedics as they arrived.”

Newton Abbot Fire Station said on social media: “Whilst fighting the fire, CM Sam Malpass and FF Dan Harrity heard a cat within the property. They managed to catch the cat and bring it out to safety. Other crew members used our pet oxygen masks to provide the cat with oxygen. The cat was reunited safely with its owner.”