Update: Roger Marshall has been located safe and well. Police have thanked the public for their assitance.

Police in Paignton have appealed to the public to help them locate a missing man.

Police are becoming increasingly concerned for the welfare of Roger Marshall aged 47 years who has been missing from his home in Paignton since yesterday (Tuesday) afternoon.

Roger, (pictured) is described as being a white man, approximately 5’8” in height, medium build, with brown/greying hair and beard and a ‘beer belly’. 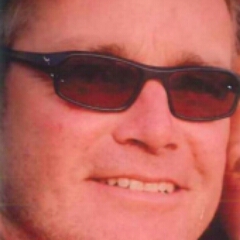 He may be wearing a T shirt and black trousers.

He is known to frequent the Brixham area as well as Paignton.

Anyone who either sees Roger or knows of his current whereabouts is asked to contact police on 101 quoting police reference 630 160216.