Police have appealed to the public for information following an incident in Newton Abbot that left a 77 year old man unconcious.

Brain Newton, 77 was left unconcious following an aggravated burglary in the Buckland area. 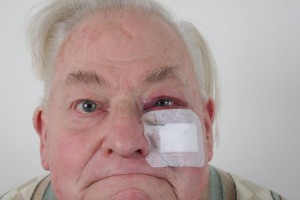 A statement issued by the Devon and Cornwall police explained:
“Brian Newton returned to his home in the Buckland area around 12.30am on Sunday 25 October to find his front door open. When he entered the lounge there was a man standing behind the door. The intruder demanded money before attacking Mr Newton and knocking him unconscious.

“Mr Newton injuries include a suspected fractured eye socket as well and bruising and swelling to his cheek and left eye. The suspect then stole the black satchel that Mr Newton was carrying plus the wallet that was in his trousers which contained £120 cash, his bus pass and bank card.”

Detective Inspector James Tarr said: “This is a particularly upsetting robbery and attack on Mr Newton, and we are appealing for the public’s help to identify the man responsible. The suspect is a white man who was wearing a grey top with the hood up, of slim build with dark hair and in his 20s.

“The Buckland area of Newton Abbot is a close knit estate and we know that the local community will be shocked by what has happened. It is therefore vital that anyone who saw anything around the time of the attack or who has noticed anything suspicious of late comes forward and speaks to the police.

“Whilst incidents such as these are rare, we do ask that residents make sure that their doors and windows are locked at all times.”

If anyone has any information, please contact the police calling 101 or emailing 101@devonandcornwall.pnn.police.ukquoting crime reference CR/074121/15. You can also give information anonymously through Crimestoppers on 0800 555 111