The Mushroom Head shop in Torquay has been closed by Police today. 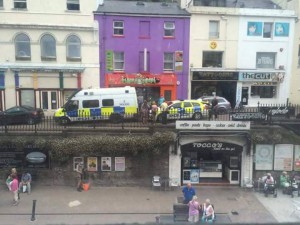 Police at the Mushroom shop today

The closure will last 48 hours and may be extended further following a hearing on a hearing at Newton Abbot Court on June 26.

Police have served closure notice on The Mushroom Shop in Torquay today due to persistent ASB. Partnership approach. pic.twitter.com/CJUdCZqqMt