The first skull was found by builders in Totnes with another found on the banks of the River Dart.

The skulls, one male, one female are believed to be up to 100 years old.

Enquiries continue but there will not he a criminal investigation at this time.

“At 1215 hours on 17/07/2017 men working behind the empty Budgens building on Fore Street, Totnes discovered a human skull left in a carrier bag.

“Further enquiries led us to a second skull, found on the banks of the River Dart later that day, also being stored in a carrier bag. 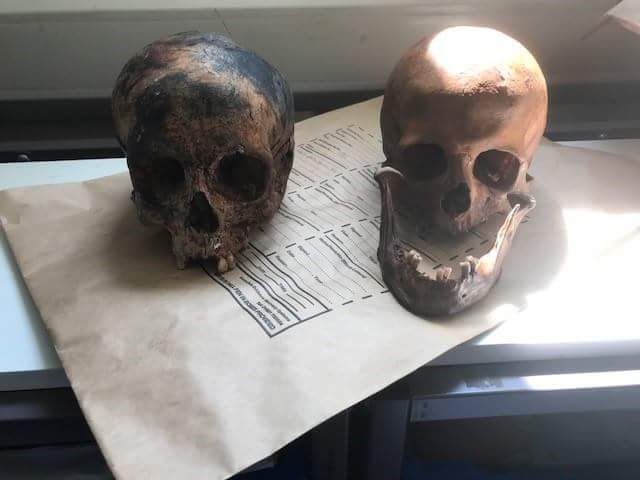 “The skulls have been examined by specialist officers and believed to be up to 100 years old, although will be more accurately dated upon further forensic analysis

“One skull is male and the other female, the persons both over 21 years old when they died.  The female skull was better preserved than the male having traces of hair present, indicating that it was kept in a crypt type environment.

“Further enquiries being conducted by Totnes CID but this is not being treated as a criminal investigation at this time,”