Police are investigating at the scene of a serious incident in Abbey Road, Torquay.

Abbey road was closed around 8am this morning whilst police investigated and reopened just after 11am.

Emergency services had been called  following reports of public disorder near Ryan’s bar. 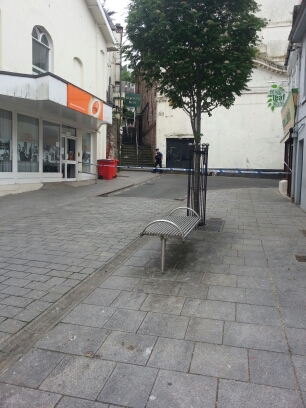 Police remain at the scene

A number of police cars, an ambulance and a the fire service attended.

It is reported that one person was taken to hospital.

Police are still at the scene and the steps by Ryan’s bar remain taped off.