Update: Michael has been found. Police have thanked the public for their assistance.

Police have appealed to the public to help them locate a missing 44-year-old Devon man.

Police are becoming increasingly concerned for the welfare of Michael Bignell from Plymouth.

Michael was last seen at around 11.30pm on Sunday 15 April in the Plymouth area.

Michael is described as a white male, around 5’ 9” tall with thinning/balding hair. He was last seen wearing a light blue hoody, a dark blue top and navy jeans. 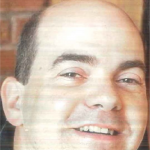 If anyone has any information as to Michael’s whereabouts, they are requested to call police on 999 quoting log 924 Sunday 15 April.