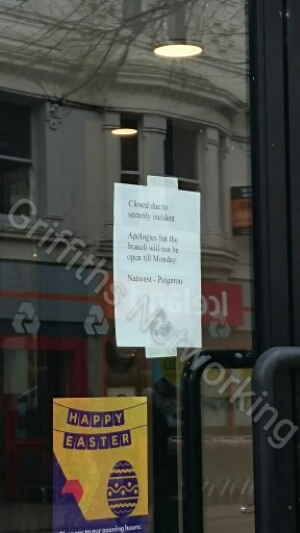 Police remain at the branch in Victoria Street, which is now closed until Monday.

The police helicopter is also out over Paignton which a police presence in surrounding roads, especially Church Street.

Police are searching for a suspect who apparently demanded money, claiming he had a weapon.

It is unknown if he made off with any money. 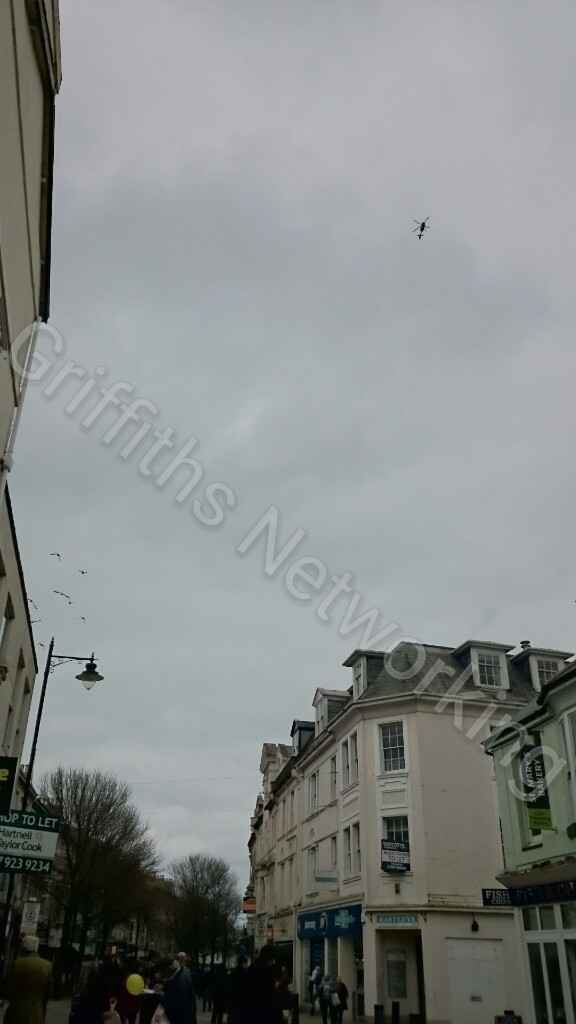 Police Helicopter hovering over the town

A paddleboarder was rescued today, Friday, 15th October after getting into difficulty off Goodrington. RNLI Torbay, Torbay Coastguard and an ambulance attended the incident just before 1pm. The padd…

NHS Test and Trace (NHS TT) have suspended testing operations provided by Immensa Health Clinic Ltd at its laboratory in Wolverhampton, following an investigation into reports of people receiving nega…

People in Devon are reminded to get their COVID and flu vaccinations to give themselves the best possible protection against these deadly illnesses this winter. The COVID jab does not protect again…