Police have released a CCTV image of a man they’d like to speak to in connection with a serious assault in Torquay on Tuesday 30th August.

The incident which happened at the Strand, left an 18-year-old man in hospital with a stab wound to his abdomen.

Police would like to identify the man pictured as it is believed that he could help police with their enquiries. 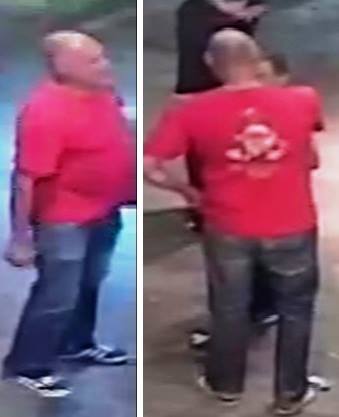 He is described as a white man aged between 45 – 55 years of age, approximately 6ft in height and of a large build. The man has a shaved head and has a tanned complexion, and was wearing dark blue jeans and a red t-shirt.