Police in Torquay have responded to online complaints of noise from the police helicopter. 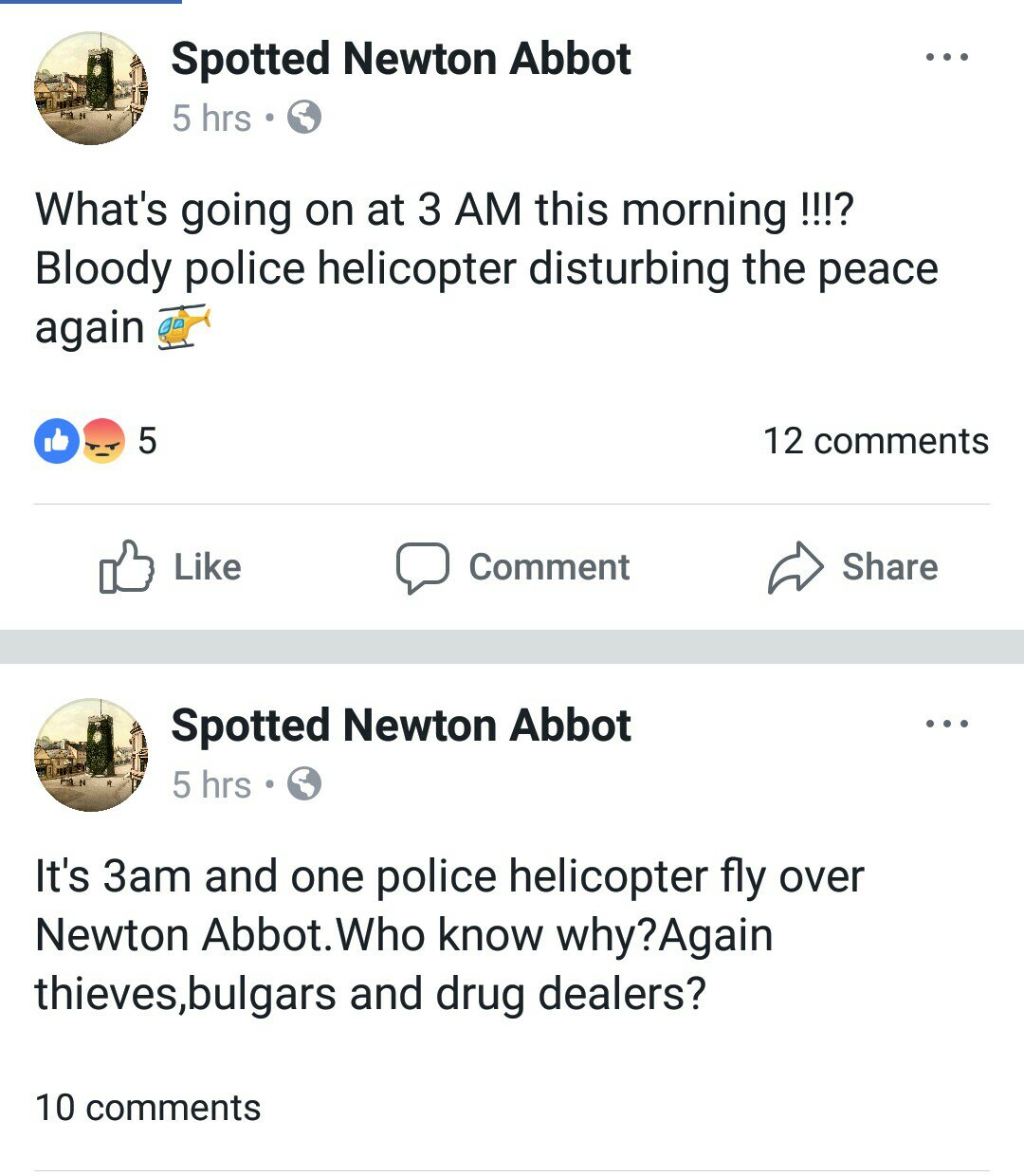 Posting on Facebook, a spokesperson for Torquay police said:

“We are aware of a few online complaints about the helicopter waking people up in Newton Abbot last night.

“The aircraft is expensive to use and maintain, we don’t take the decision to use it lightly. Last night it was being used to help us find a missing person who was in crisis, we had serious concerns for their welfare.

“The helicopter was used as part of a search effort which ran to nearly six hours and included local officers and dog units.

“Fortunately the person we were looking for was found safe and well thanks to the dedication of those involved.

“We know it’s noisy, we know it’s the middle of the night, but if it’s in the air, its because it needs to be.

“We are grateful for your support and understanding,”