A police van tyre was slashed whilst officers were on patrol in Dawlish today, Tuesday 16th October.

Police were alerted to the incident by members of the public.

Teignmouth and Dawlish neighbourhood police said on social media: “Just before 11am today whilst parked on The Lawns in Dawlish a marked Police van has been damaged. Officers were on foot patrol around the town when they were alerted by members of the public that the Police vehicle had been targeted.

“A sharp implement was used to puncture one of the front tyres taking the vehicle out of action for a few hours.

“As and when policing duties allow, the local neighbourhood policing team has been given authorisation by Teignbridge District Council to park a police vehicle on The Lawn. This is carried out to disrupt anti-social behaviour and enforce the Public Spaces Protection Order. 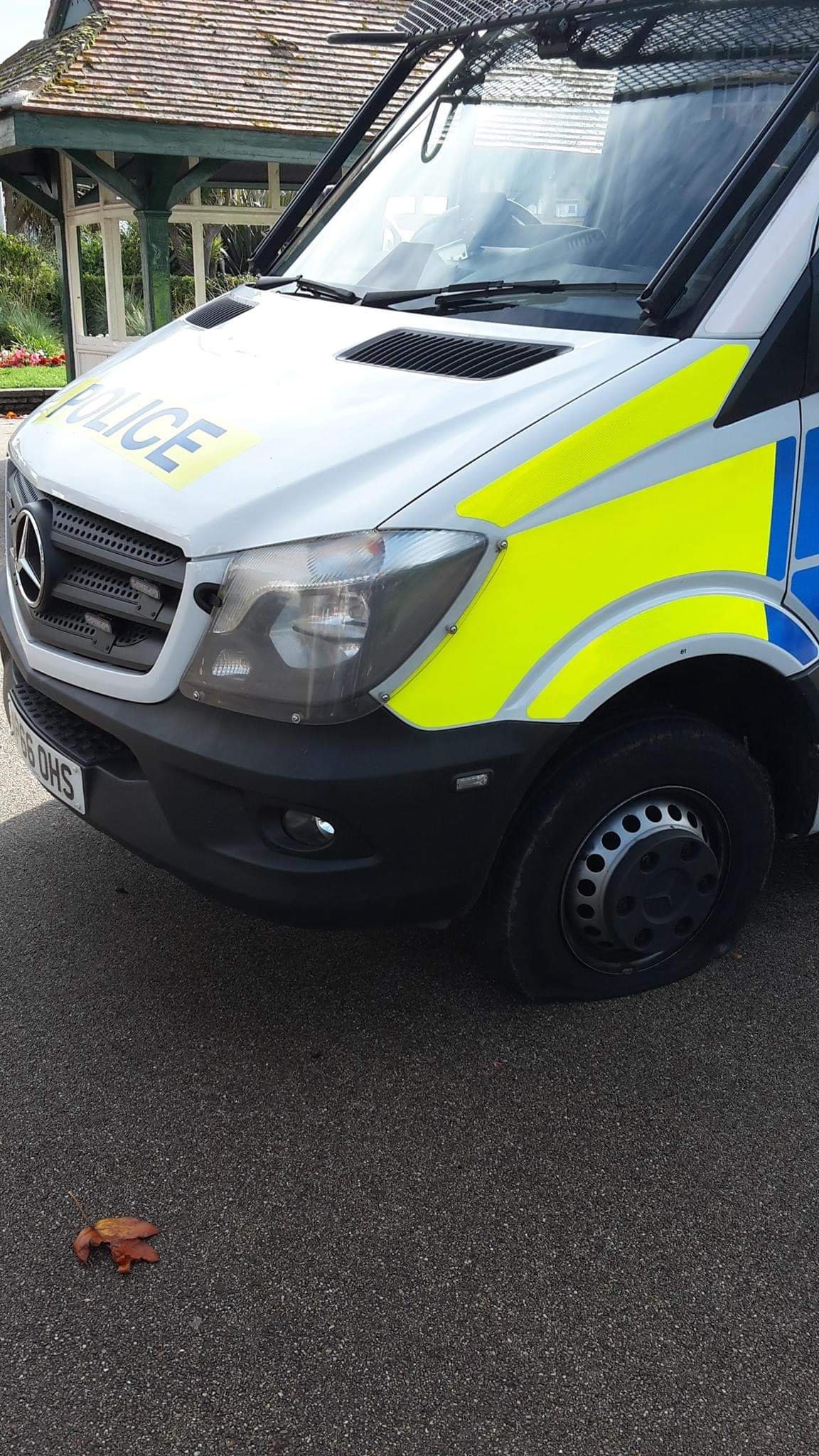 “This has been met with positive feedback from the public who feel reassured by the police presence after the closure of the police office in Brunswick Place in 2016.

“This type of vandalism is not only mindless, it is also dangerous. Police constantly face the need to respond to incidents quickly and many of these incidents involve people who need our help. Vandalism of police vehicles can delay officers from reaching those people. Whoever commits this type of crime has complete disregard for the police and the need to protect people and keep people safe from harm,”