Police have reminded drivers who drive in a dangerous or inappropriate manner that they will be dealt with harshly.

The warning comes after a driver was convicted at Exeter crown court of Causing Serious Injury by Dangerous Driving. 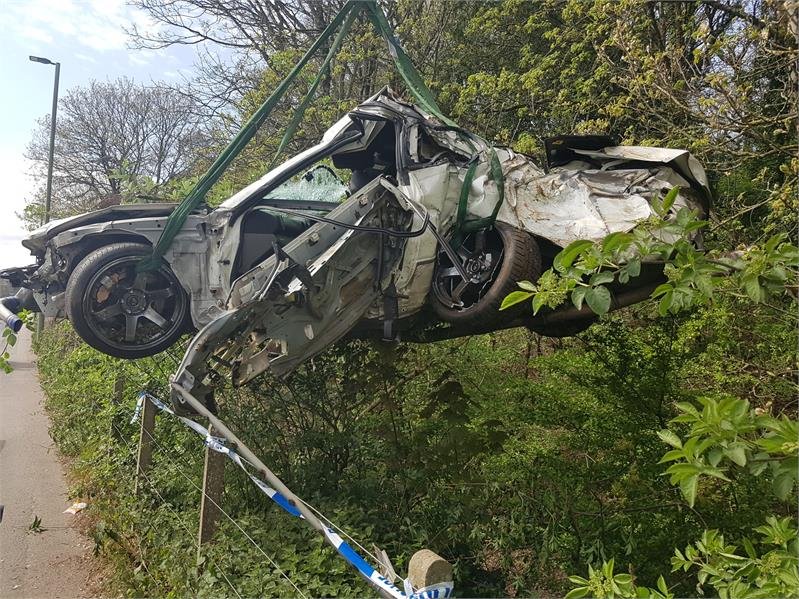 A spokesman from the Alliance Roads Policing Unit said “We would like to remind all road users that those who drive in a dangerous or otherwise inappropriate manner can expect to be dealt with harshly. The incidents where people have been seriously injured or killed as a result of such driving behaviour are numerous and devastating to the victims and their families.

“The driver of the highly modified vehicle, pictured, lost control of it in an area of Newton Abbot subject to a 30 mph speed restriction and seriously injured his front seat passenger.

“After an extensive investigation by The Serious Collision Investigation Unit at Exeter, the 22-year-old driver was convicted at Exeter Crown Court of Causing Serious Injury by Dangerous Driving.

“He was sentenced to 15 months in jail, suspended for two years, given 200 hours community service and disqualified from driving for two and a half years.

“When incidents occur or intelligence is received that individuals are driving dangerously, The Alliance Roads Policing Unit throughout Devon and Cornwall will endeavour to prosecute these drivers and remove them from the road.”