A litter of puppies are being looked after by a local charity after being found dumped by bins.

The seven puppies were handed in to Quarry House vets after being found in a cardboard box next to bins on Teignmouth Road, Torquay. Fortunately the puppies were found by a passer by before the bin lorry arrived.

The puppies are now in the care of Animals in Distress in Ipplepen who are working around the clock to keep them alive, feeding them every two hours. 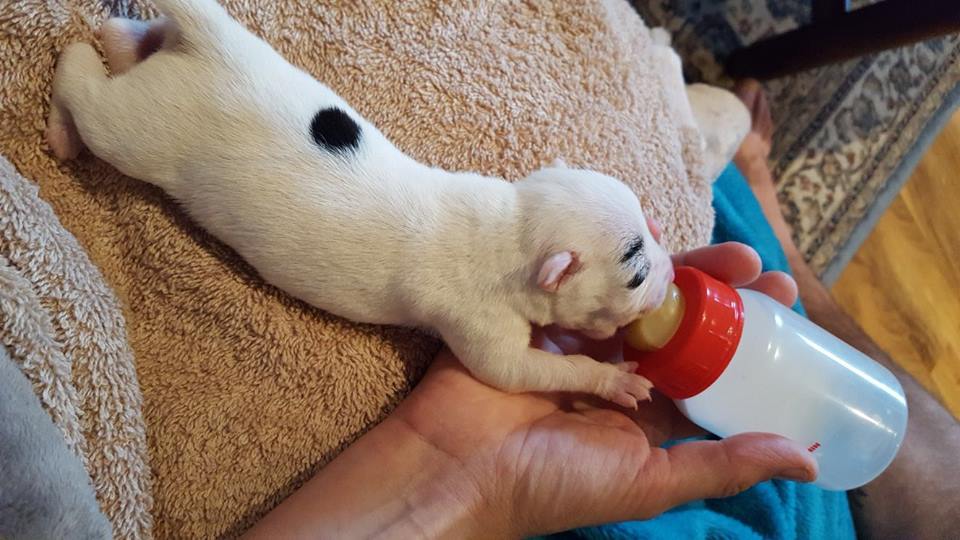 “It’s been all hands on deck at the rescue centre for the last few days, as a litter of 7 puppies, just a week old, were handed to us last week. The pups had been found dumped in a cardboard box outside a Torquay house by the rubbish bins – on bin day. Thankfully, a passing man heard the pups before the bin men arrived – and half an hour before a big rain storm which would have killed them – and took them to the nearest vets.

The puppies need to be fed every 2 hours at this stage, throughout the day and night, so staff have been working round the clock to keep them alive.

The puppies all seem to be doing well so far, but it can be touch and go at their age because they were taken from their mother so young. Everyone is working so hard to care for them, and we hope that they will all pull through.

As it’s still very early days for this litter we are not taking any applications for rehoming for the puppies yet.

If anyone knows anything at all about this litter, please do come forward and let us know, as we are concerned for the welfare of the puppies’ mother.

We will keep you updated on the pups’ progress. If you would like to help, we are soon going to run out of puppy milk and cotton wool, and desperately need more supplies of these. There are some on our Amazon wishlist at
https://www.amazon.co.uk/…/2PXFCPI…/ref=nav_wishlist_lists_1

Thank you so much for your support,”