The Race Across Torbay is back for 2019 and organisers are hoping that it will be bigger and better than ever.

This year’s event on Sunday 11th August is open not just to sea bikes, but to paddle boarders and kayakers as well. (Please note: times to be confirmed closer to the date of the event, due to variables such as tide times. Based on the past races, it’ll most likely begin between 12pm & 2pm) 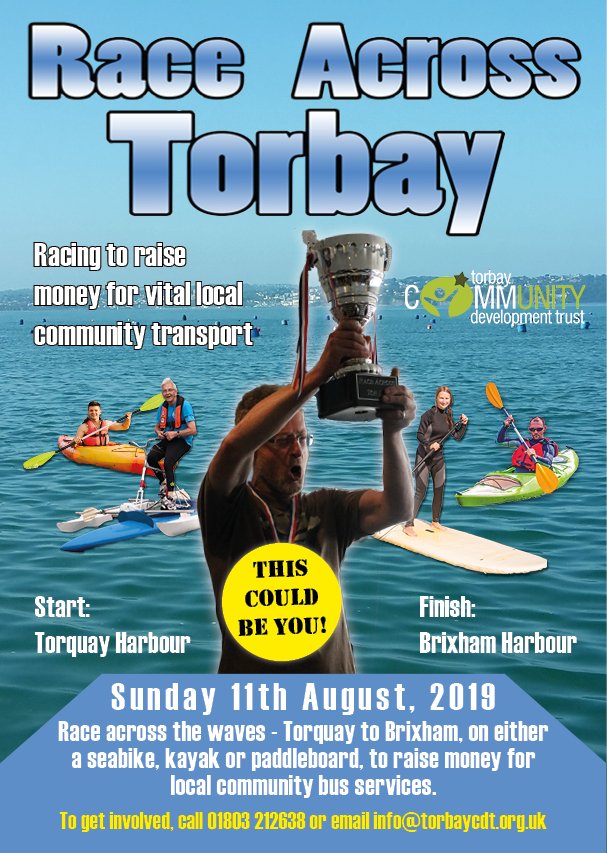 Last year’s winner, Simon Sherbersky, lead officer at Torbay Community Development Trust has thrown down the gauntlet to all comers to raise funds for OurBus Torbay. Organised for several years by Robert Excell, a sea bike enthusiast, last year four bikes took part racing across the bay from Torquay to Brixham Yacht club, with Simon winning in a time of just 56 minutes. 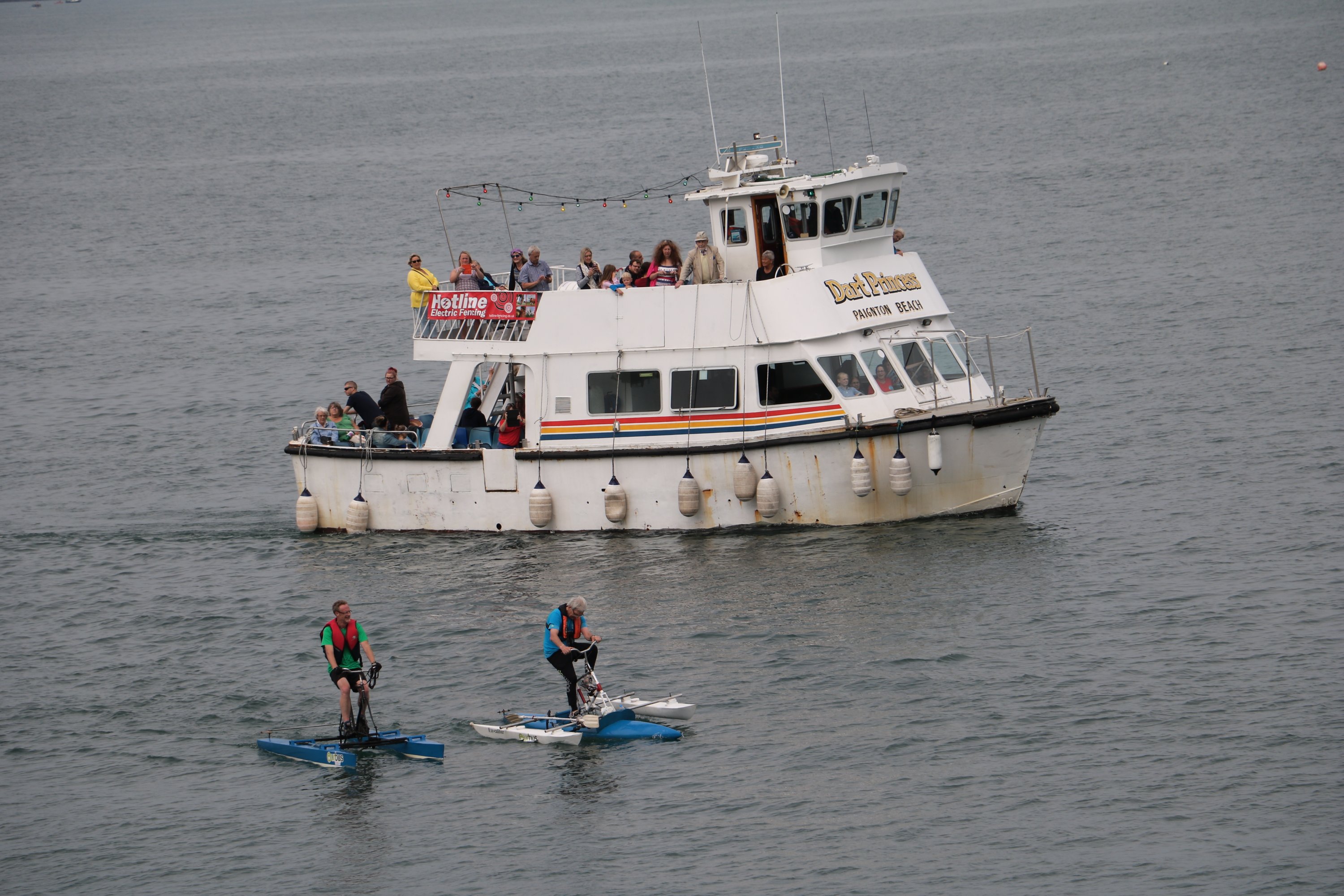 This year paddle boarders are being encouraged to race each other for the first time:”Paddle boarding has become such a big sport and there aren’t many races for them in Torbay. This is an opportunity for them to go up against each other. It is a challenging race whether on a bike or on a board, but most of all it is fun.” Robert Excell, Seabike racer.

All competitors will be asked to raise money for community bus services – an announcement about the number 60, which served Livermead and the St Lukes area of Torquay is expected in the next few weeks.”Community bus services serve some of the, hilliest parts of bay. A great many people rely on the services to get out and about. For some it is their only lifeline – their way of getting out of the house and socialising. We need to ensure that community bus services can be provided for those that most need them and we are hoping that this event will help make that a reality.” Simon Sherbersky, Lead Officer of Torbay Community Development Trust.

For more details and how to get involved contact Tracey Cabache by calling 01803 212638 or email traceycabache@torbaycdt.org.uk.

There is no fee to take part, but competitors will be asked to raise sponsorship money for the cause from family and friends.