When you think of comedy nights, Torquay may not spring to mind but Torquay Comedy Club is hoping to change that. With a great line up, could it make Torquay the home of comedy?

It’s early days but is certainly well on its way. Based at The Riviera hotel, it’s a great venue and this sold out gig has certainly managed to pull in the punters.

Mc Ben Thurston gets the crowd going, lots of crowd interaction and a reminder of why we sat at the back. A keen comedy night goer, I’ve learnt to place myself in a room to go relatively unnoticed. Velma and Garry haven’t and they’re in for a night of having the spotlight on them. 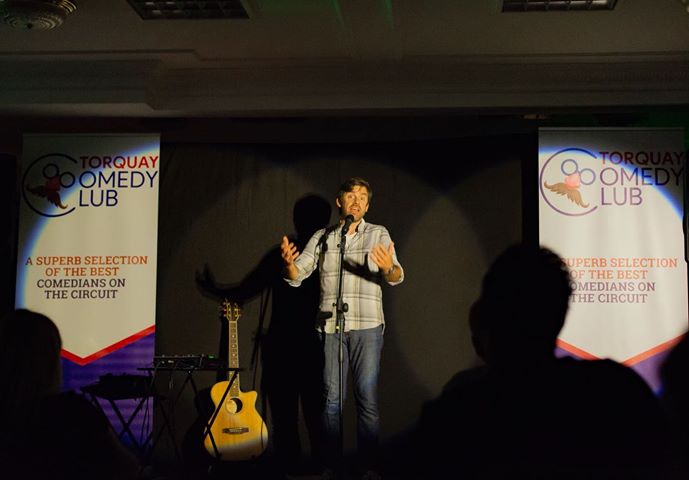 First up, Sandi Smith. We quickly learn that you should never use her bacon scissors, we know where those bad boys have been. We also learn that if you want to stop sex after the kids leave home, buy a dog. They’ll stare you into stopping. Duly noted. Apparently her husband thinks her comedy career is just a phase. Let’s hope not. 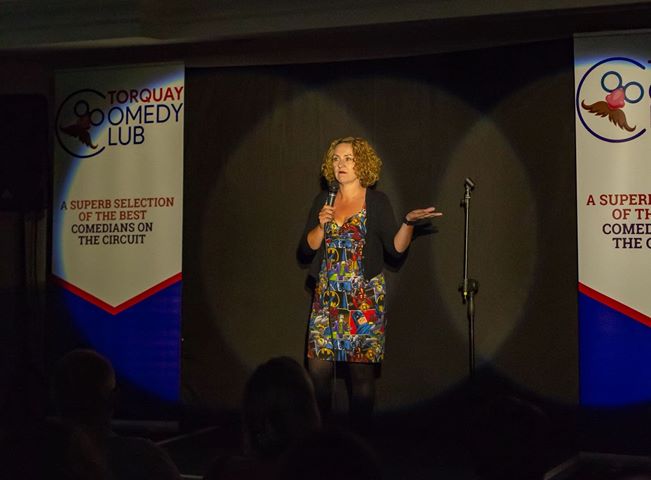 Up next, Richard James who was destined for comedy from birth. Given that his name is Richard Edward aka Dick ‘Ed, this guy needed to have a sense of humour. I’ve seen Richard a few times, nice to see him again in Torquay. 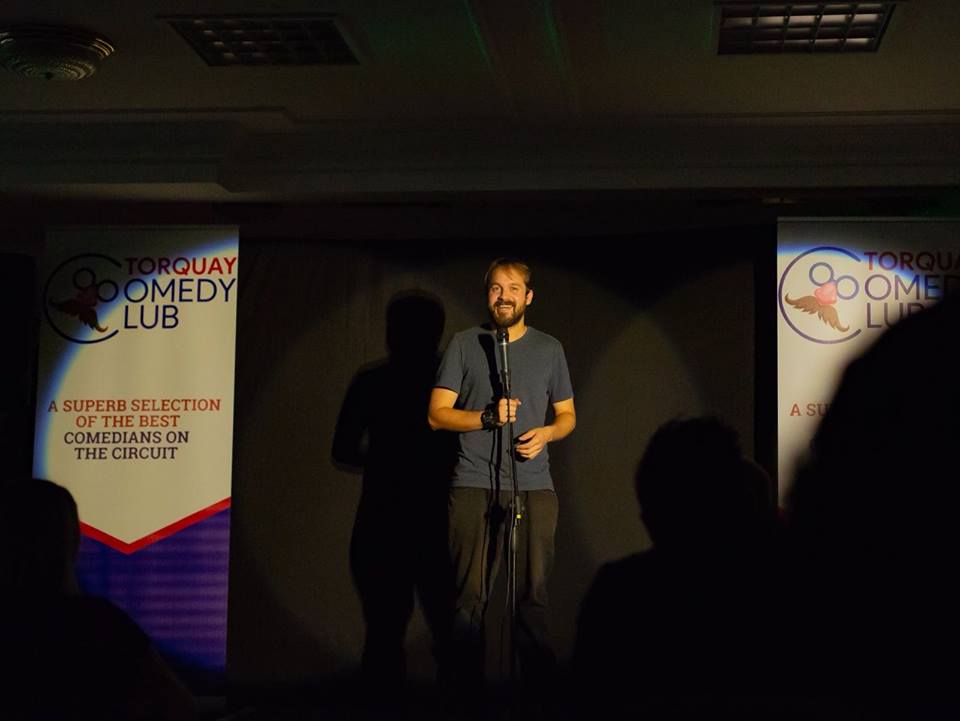 Morgan Rees up next. A softly spoken Welsh guy from Bath. (it’s pronounced “Barth” actually Morgan) this guy not only gave us laughs, he also gave us a language lesson. Who knew a ‘pysgod wibbly wobbly’ was jellyfish in Welsh. 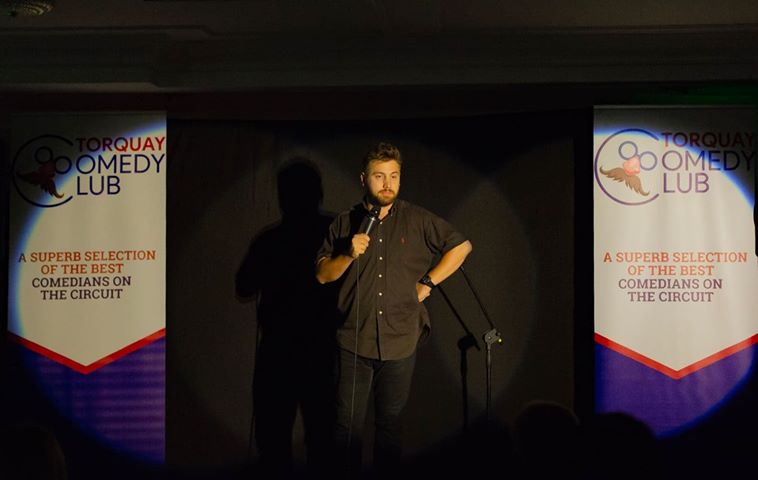 Musical comedy. Its a hard one. This either goes very right or very wrong and Louis Burgess has it spot on! This guy is multi talented from playing a guitar to beat boxing and rapping, he had the crowd in the palm of his hand, laughing from beginning to end. Anyone who takes the mick out of Ed Sheeran gets the thumbs up from me and given that I’m sat by Ed’s biggest fan (and future wife apparently) it makes it even more enjoyable. Funny, funny guy and a very worthy headliner. 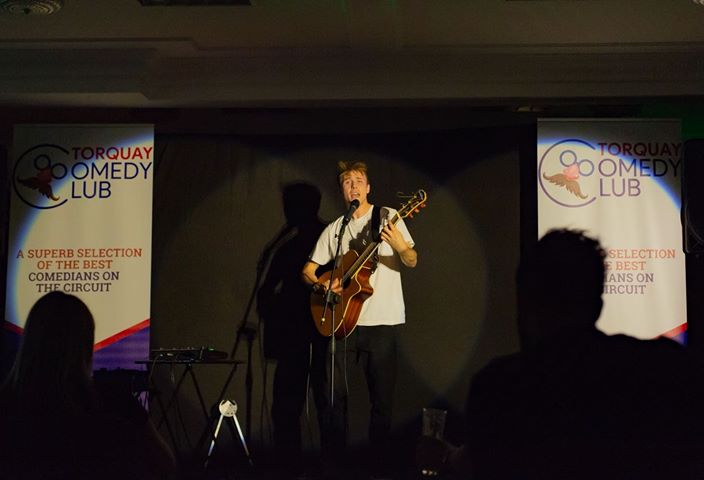 Organiser Ben Milden told us:
“As a huge fan of comedy I have always visited comedy shows whenever I got the chance and the biggest downfall about them was having to travel so far simply to see a variety of high quality acts, I thought I can’t be the only 1 that wants a regular professional comedy night at an affordable price right on your doorstep and from there the Torquay Comedy Club was born and it seems I was right as after only our 3rd show under The Torquay Comedy Club name we had an audience on September 7th of 120 people with a lot more people requesting tickets after we had sold out!

“It feels great to be able to help people forget the negative aspects of everyday life by putting on a show to make people roar with laughter.

“We have a lot of exciting acts booked for our 2019 shows and have even managed to add a few more seats to make the shows bigger and better.

“I get a lot of positive feedback from audience members saying what a fantastic night it is and I want to thank each and everyone of you for making The Torquay Comedy Club what it is today because without you none of it is possible,”

All in all, a great night. Totally worth £7.50 a ticket. Watch out for the next one on 2nd November. I have a feeling tickets will fly out the door!