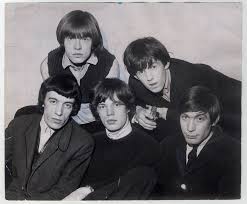 “Torquay’s a great town. But I shouldn’t think there’s much to do in the winter’, Mick Jagger, 1964

In 2015 an exhibition on The Rolling Stones opened in London’s Saatchi Gallery. Cleverly called ‘Exhibitionism’ it reflected the rock band’s 54 years in the music business and has the full co-operation of Sir Mick Jagger, 72, Keith Richards, 72, Charlie Watts, 74, and Ronnie Wood, 68.

The interactive experience spanned nine different rooms, and over 1,750 square metres, each with its own distinctly designed environment. It took the story of The Stones from a blues band in the early 1960s to the influential pop culture giants they are today. The band’s personal artefacts, including costumes and original instruments, are on display, along with archive film, fashion and performance material. It also included original stage designs, a 3D simulation of what it is like to be backstage, and then on stage, and The Stones’ collaborations with artists and designers such as Andy Warhol, Alexander McQueen and Martin Scorsese. 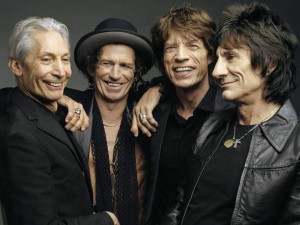 Continuing to perform well into their 70s, The Stones recently performed a historic free concert in Cuba in front of half a million fans.

It wasn’t always like that. All bands have to start somewhere and back in their early days the Stones needed a centre for their regional tour of the south west. They sensibly chose Torquay. This was in August 1964 when The Stones performed theatre concerts every day across the South West, including Weymouth, Weston-super-Mare, Exeter, Plymouth, and the Town Hall. 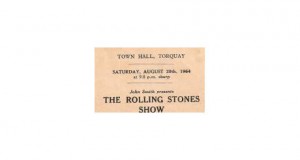 For five days the Stones used the Grand Hotel as a base. Originally, they were going to stay at the Queens Hotel but, on police advice, this was changed to The Grand. The idea was that a hotel further from the town centre could be kept secret from fans. This worked until the last concert at the Town Hall, where security had been provided by “burly boxers” from the Torbay Amateur Boxing Club. These were the days before security had to be vetted and certificated. Fortunately the Bay’s boxers weren’t anything like the Hell’s Angels hired as security at the disastrous Stones’ appearance five years later at the Altamont Festival which ended the counterculture dream of peace and love… 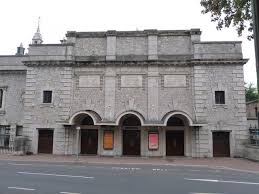 These were also clearly the days before health and safety was taken seriously. It was reported at the time:

“As soon as word was passed around crowds of eager fans – mostly girls, needless to say – began to gather outside The Grand hoping for a glimpse of their idols. The vigil was kept up for hours in some cases, but they were usually disappointed as the Stones left from a back entrance in their Vauxhall estate car. 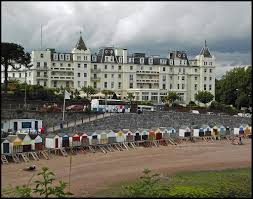 For some reason, Torquay was the only town on whole tour where seats were left unsold.

While at the Grand, Mick Jagger told the Torquay Times that Torquay was “a great town. But I shouldn’t think there’s much to do in the winter”.

Here’s the Stones at Glastonbury in 2013 with ‘Satisfaction’: