It has been announced that Dr Cathryn Edwards has been appointed the new Chair of Rowcroft Hospice’s Board of Trustees.

Dr Edwards who is a full time NHS Consultant Gastroenterologist has considerable experience within the NHS and voluntary sector and has been a member of Rowcroft’s Board of Trustees since 2015. She takes over the chairmanship from the outgoing Chair, Bill Grahamslaw. Dr Edwards said she was delighted to be taking up the post of Chair for an organisation that occupies such a respected place at the heart of the South Devon community: ‘I am privileged to have been appointed as Chair of Rowcroft Hospice. During my time as a Trustee I have gained insight and understanding of the organisation not just from the clinical angle with which I was familiar, but from the fund raising, volunteer and staff perspective.’ 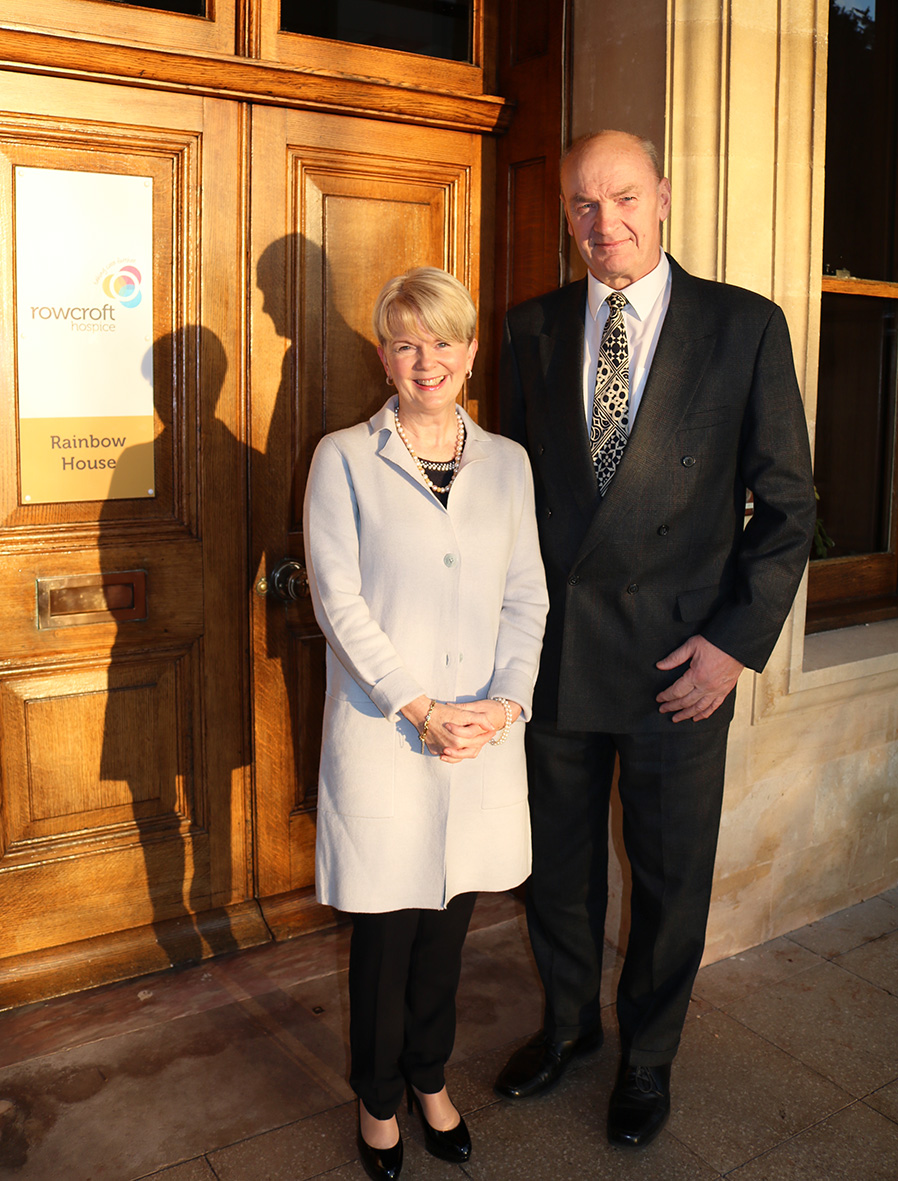 Dr Edwards has been a Consultant Gastroenterologist at Torbay Hospital since 2002 and led the Upper GI cancer MDT during her early years in the Trust. She added: ‘My personal story with the hospice movement began at 16 when, I worked first as a ward-based volunteer and then as a nursing auxiliary, at my local hospice, St Lukes’s in Sheffield. Motivated and supported by the hospice team, I became drawn to the ethics and principles of end of life care and this inspired me to read medicine.  The patients I met, their end of life journeys and my learning experiences from that time, have stayed with me throughout my medical career to this present day.’

Bill Grahamslaw’s term of office as Chair ended in February. Retired Detective Chief Superintendent Bill has enjoyed a long relationship with the hospice, beginning 18 years ago as a volunteer driver. Since then Mr Grahamslaw has held the position of Chairman of the Friends of Rowcroft, a member of the Board of Trustees and most recently as Chair, a position held by Mr Grahamslaw since 2015.

Mr Grahamslaw said: ‘I have enjoyed my time at Rowcroft immensely. I have been privileged to have served in a number of very different roles which has allowed me to admire the contribution so many people make to create the Rowcroft success story. Things have not always been easy but, with the support and goodwill of the South Devon community and the commitment of the hospice’s staff and volunteers, I believe that we strive to make Rowcroft the best it can be.’

Rowcroft has had a challenging year having announced last July that it was facing a drastic funding shortfall due to a rise in costs and demand for its service and a significant drop in legacy income.

Dr Edwards commented: ‘Whilst it has been a challenging 12 months for the hospice, there have also been significant achievements and successes including achieving an ‘outstanding’ CQC rating following an unannounced inspection in 2016: this is a credit to the organisation as a whole..’

Rowcroft launched its urgent fundraising appeal last July in a bid to raise a further £585,000 for the hospice before April 2017. The appeal has been very successful with the local community rallying to support raising so far in excess of £400,000.

Dr Edwards continued: ‘Ensuring we can continue to provide local people and their families with the help and support they need at a critical time in their lives, is our first priority.’

The Board of Trustees is Rowcroft’s governing body and under charity law has overall corporate responsibility for the hospice. It is a time of significant development and expansion for the Board. Alongside the appointment of Dr Cathryn Edwards to Chair, a further two trustees have been recruited. Sally Bryant, an experienced HR professional and Liz Allen, a lawyer bring with them a wealth of skills and experience.