Rowcroft has announced the hospice is opening a new furniture and clearance outlet in Dartmouth Road, Paignton, next Thursday 24 November.

The new shop will be open seven days a week and stock an array of high-quality, second hand furniture and electricals, as well as clearance stock.  It also has a dedicated ‘Donation Drop Off Zone’ which can be used by anyone wishing to donate saleable items to the hospice.

Rowcroft predicts the new shop will generate around £50,000 of income for the hospice in its first year of trading alone.

Caroline Wannell, Head of Retail at Rowcroft, said: “Our existing Paignton shop, located on Victoria Street, previously had a furniture section that was very popular, but due to lack of space we moved all furniture to our dedicated Outlet in Torquay.

“We are now very excited to be bringing our good quality selection of second-hand furniture and electricals back to Paignton and are also pleased to be offering local residents the chance to donate unwanted items using the Outlet’s Drop Off Zone, at the rear of the shop.

“We have also made the decision to open this new Furniture Outlet because the two outlets we currently have in Newton Abbot and Torquay are generating a substantial income for the hospice.” 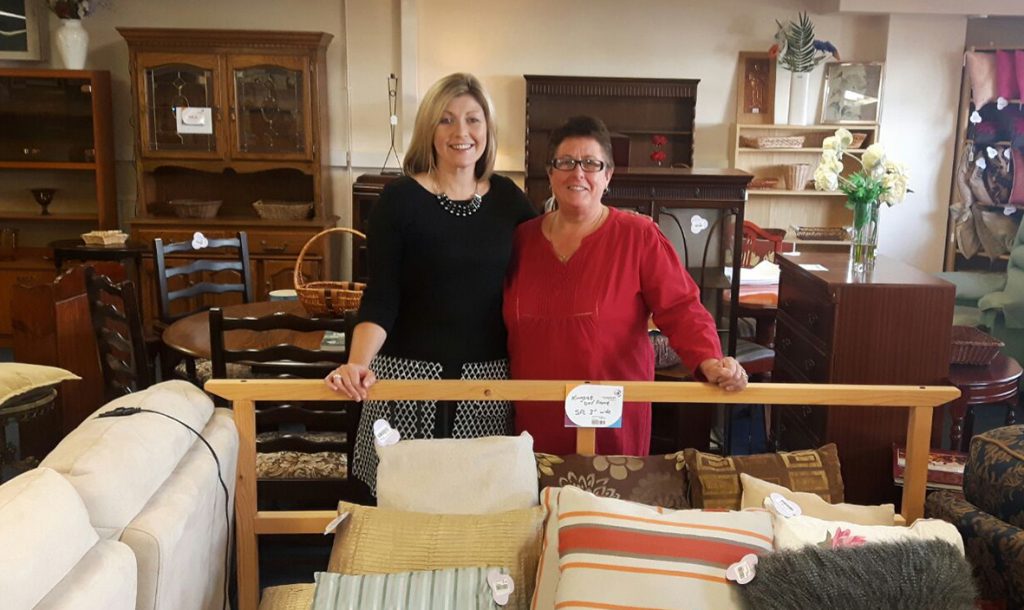 Head of Retail, Caroline Wannell (left) with the Manager of our new Paignton Furniture and Clearance Outlet, Mandy Langdon (right).

Opening the shop is one of a series of efforts Rowcroft is currently making to return the hospice to financial stability following a drastic funding shortfall.

Acting Chief Executive of Rowcroft, Jon Hil, explained: “Earlier this year we announced Rowcroft was facing a huge funding deficit despite having grown our income generation by 13% in recent years.

“We have launched an urgent fundraising appeal which has so far raised an incredible £300,000 but we still have a long way to go to secure the ongoing financial stability of the hospice.

“Our shops generate considerable income to support our services. This year alone, retail will contribute in excess of £350,000 to the running of the hospice and we are working to increase this further year on year.

“Ensuring we can provide local people and families with the help and support they need during the most difficult days of their lives for many years to come is our utmost priority. Our new Paignton Furniture and Clearance Outlet will provide a vital contribution to doing so.”

Rowcroft has a total of 15 shops across South Devon, including its Churston Tea Room, Ashburton Coffee Shop, and Furniture Outlets in Newton Abbot and Torquay.

For more information about Rowcroft’s shops, or its financial situation and urgent fundraising appeal, visit www.rowcrofthospice.org.uk.