Nine local personalities stepped up, stepped out and turned up the heat at the Riviera International Centre, Torquay, last Friday, with a Strictly-inspired ballroom event to raise funds for South Devon’s hospice.

Rowcroft’s first ever ‘Dancing Stars’ recruited nine prominent local personalities, each of whom took part in an eight-week dance training programme at Newton Abbot’s Danceworks Devon before taking to the floor for a dance-off in front of a live audience. 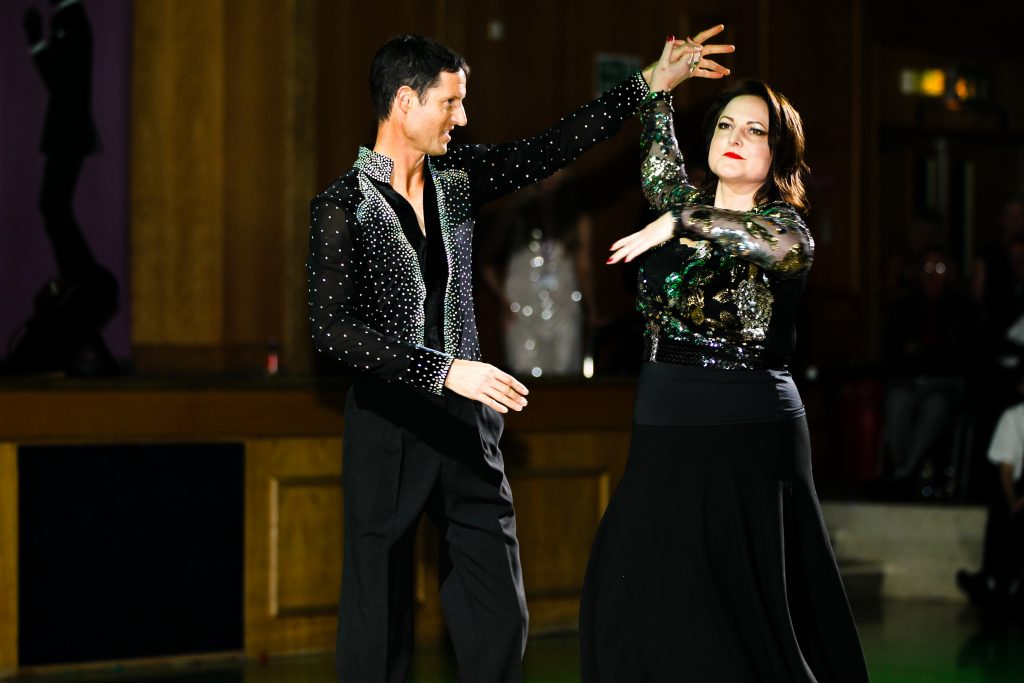 Each participating dancer aimed to raise at least £750 for Rowcroft.

As well as a panel of four expert judges, the dance extravaganza was watched by a sell-out audience who voted for their favourite dancer on the night by making by a donation in their name.

Audience member Val Godfrey, from Paignton, said; “It was fantastic evening! Many congratulations to everyone who helped make the night a great success. I have so much admiration for all the dancers; they put on a really terrific show and did a great job raising funds for a wonderful local charity.”

Rob and Pauline Mason, owners of Danceworks Devon in Newton Abbot, shared their reaction from the evening. Rob, who was expert judge on the night, said: “I was blown away by the standard of dancing on the night. Many of the participants had never danced a single step of Ballroom or Latin before, yet there they were performing the Slow Foxtrot, Waltz, Rhumba, Paso Doble and more in front of a live audience! It goes to show what can be achieved with just eight weeks of tuition.

“The Danceworks Devon staff couldn’t be prouder to have lent our expertise in support of Rowcroft’s work providing expert end-of-life care in the South Devon community.”

Pauline choreographed all 18 routines and provided the dance training added, “It was a sensational evening and a great way to raise money for Rowcroft Hospice. I was so proud that all the dances were performed as planned thanks to the huge effort from the celebrity dancers and their partners.”

The overall winner on the night, once judges’ scores were combined with audience votes, was Jackie Coles of TARFC, who lifted the Dancing Stars trophy after scoring 33/40 for her waltz and 40/40 for her Cha Cha Cha with partner Stuart MacVeigh. 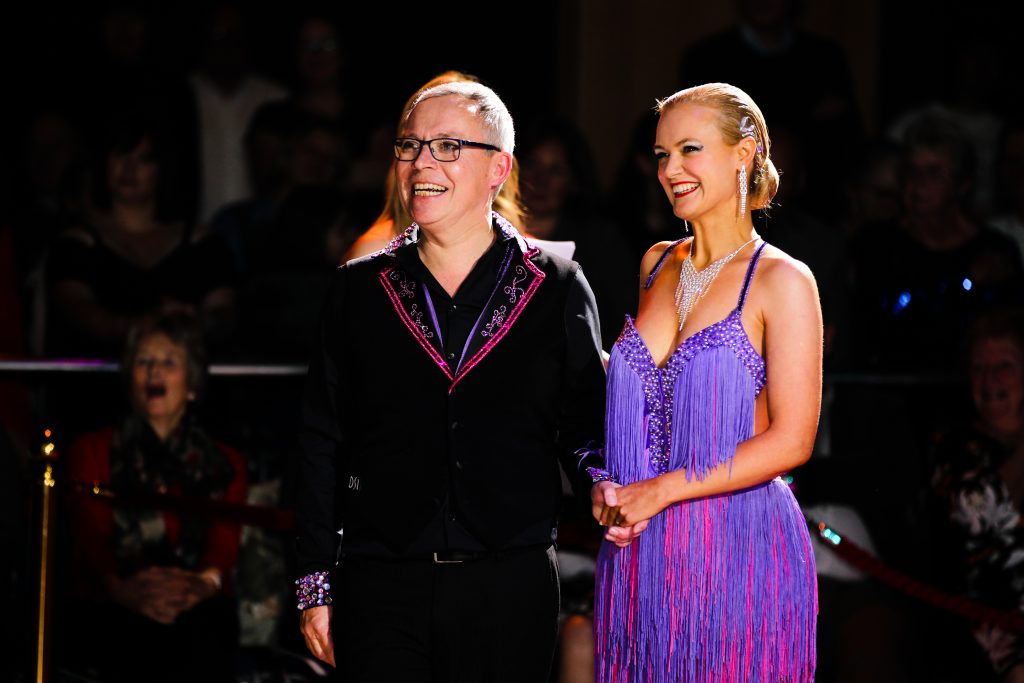 Meanwhile, Cllr Nick Bye waltzed away with the Fundraising Dancing Star trophy for raising the highest amount of all the participating dancers.

Mark Hawkins, CEO of Rowcroft Hospice, said: “We are thrilled that our first Dancing Stars event captured the imagination of so many people. We’re so grateful for the incredible support we’ve had from the local community, particularly from Danceworks Devon and our choreographer Pauline Mason, the dancers themselves, our volunteers on the night, the audience and everyone who donated.

“Overall the event has raised a fabulous – or should I say, fab-u-lous – £22,500 for Rowcroft, vital funds that will help us to continue providing outstanding care to over 2,000 patients and families living with life-limiting illnesses across South Devon.”