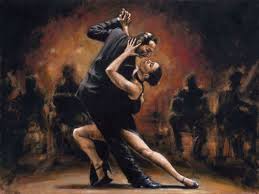 “We are not hot-blooded Southerners, or orgiastic negroes, or volatile New Yorkers, or pagan Greeks!”

Some have us have come to notice that new-fangled forms of art aren’t always immediately welcomed in Torquay. Indeed, it can take quite some time for our self-appointed cultural elite to come to terms with the novel and the challenging. This only gets worse when a new form of expression is seen to be working class or foreign. And it can bring out the worst in some of us if it’s new, working class and foreign.

Take, for example, a new dance that came to Torquay back in 1914. Of course, we already had the Waltz, so why we needed a new ballroom imposter was, to some, a mystery. 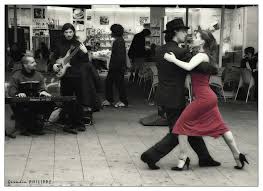 But still it came. This was the Tango, a dance and musical style that began in the working-class port neighbourhoods of Buenos Aires in the 1890s. By 1912, dancers and musicians from Buenos Aires had travelled to Europe and the first European Tango craze took place in Paris, soon to be followed by London, Berlin, and other capitals. Towards the end of 1913 the Tango came to New York. These exported versions of the Tango, however, were modified to have less bodily contact and called ‘Ballroom Tango’. Nevertheless, the dance was still thought shocking by many, as had earlier been the case with other dance forms including the Waltz, which by 1914 had become accepted by Torquay’s polite society. 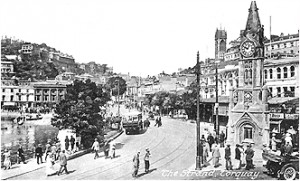 So how did the new dance craze go down in Torquay? Predictably, not well…

In January of 1914 local newspaper the Torquay Directory gave its verdict on what it dismissively called the “savage dance”: 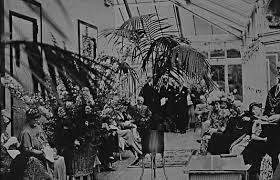 “It lacks swing, rhythm, fluidity. The dancers are rarely in time with the music; they never appear, as good waltzers appear, to have the music so intimately in the blood… They are thinking of their legs and feet; and to think of one’s legs is to perform physical exercises… The Tango is ungainly, ridiculous and dull.”

Above all, the Tango was foreign and it should have stayed in its faraway home. We may have tolerated a French or Italian – or even a German – import, but we certainly didn’t accept a South American interloper: “In its native land the Tango has a meaning, but it is not one that can be expressed in an English ballroom… We are not hot-blooded Southerners, or orgiastic negroes, or volatile New Yorkers, or pagan Greeks.” 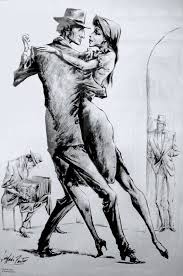 Despite all this, the popularity of the Tango continued. Even today, there are those in Torquay who feel no shame in dancing like pagan Greeks where innocent members of the public can witness their orgiastic behaviour. We can only guess and inwardly shudder at what these people get up to in the privacy of their own homes.

Here’s one of the greatest exponents of the Tango, Rudolph Valentino, along with Beatrice Dominguez, in the famous Tango dance scene from the 1921 film ‘The Four Horsemen of the Apocalypse’. If you find savage dancing upsetting, look away now: