A major search continues for a woman missing from Torquay.

Rose Polge, 25 from Torquay has been missing since Friday.

Rose is describes as white, 5 feet 2 inches tall with brown eyes, and long black hair either worn down or in a pony tail.

Rose is a junior doctor at Torbay hospital. 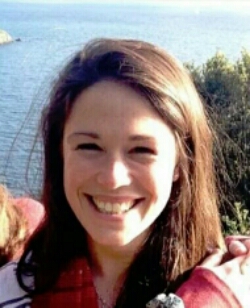 Since Ms Polge’s car was found in Ansteys Cove just after 6pm on Friday, officers from in and around the Torbay area have been involved in searches to locate her, as have the coastguard, RNLI and Dartmoor search and rescue.

PC Pete Giesens of Devon and Cornwall Police, said: “We have had a variety of units working very hard in the area, including specialist units, dog units, the police helicopter, coastguard rescue teams and the coastguard helicopter has been twice.

“At this stage the police search is going to carry on indefinitely.” 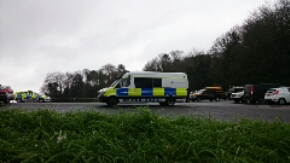 Police and Coastguard at Ansteys Cove

Searches were halted over night due to the dangerous conditions. Localised searches are due to continue today (Monday 15th February) with support from the Police helicopter.

A police spokesperson said: “We are extremely concerned for the welfare of Rose and are desperate to locate her. Anyone who has seen Rose or who knows of her whereabouts is asked to call 999 quoting log number 529 for the 12th of February.”