A new exhibit at Paignton Zoo might give some people nightmares – but it exposes an unexpected side to an often misunderstood creature.

The Zoo has received 40 Indian social spiders from Reaseheath College in Cheshire. There are more than 50,000 species of spider in the world; just a few hundred of these exhibit social behaviours.

Andy Meek, from Paignton Zoo’s Lower Vertebrates and Invertebrates team, is a big, big fan of spiders: “Spiders are awesome! They are among the most misunderstood and under-appreciated of species. A lot of people don’t know that there are spiders that live communally. These spiders create colonies that seem to have a complicated social structure, with each spider having a role within that structure, similar to the behaviour you see with ants. Parental care has been seen with this species, with adults observed feeding their babies and older siblings taking an active role in helping to rear the young.”

“These spiders have not been studied very much in zoos, so the more we can learn about their life stages and how they communicate, the better informed we can be about how they interact with their environment, the role they play in the ecosystem and the conservation challenges they may face in the future.” 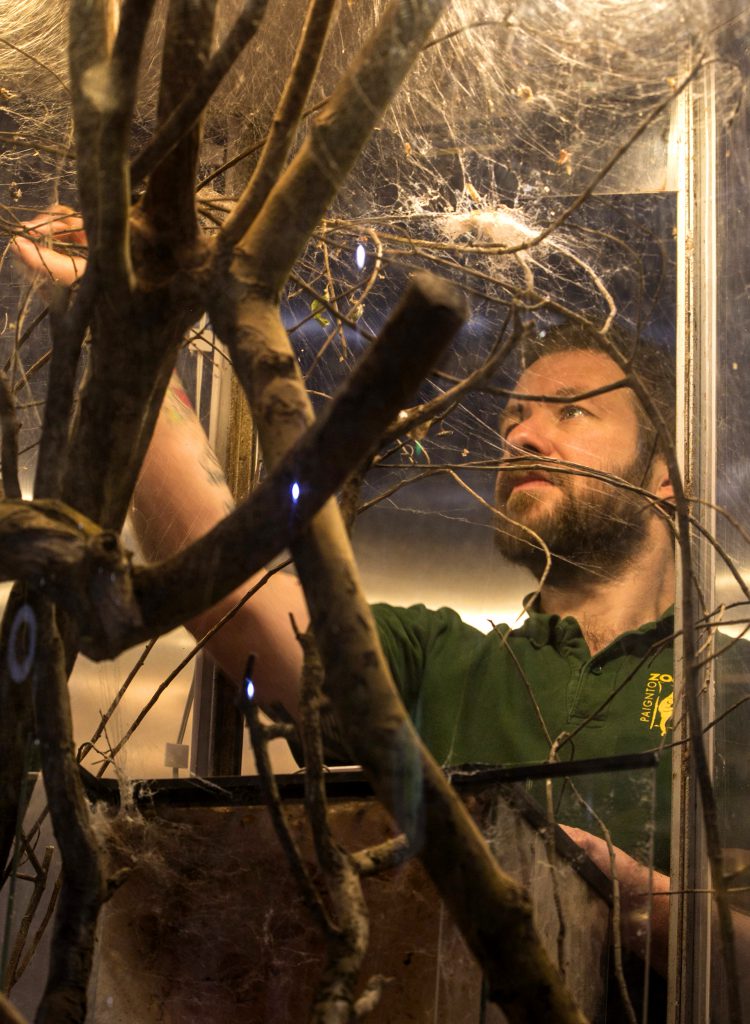 No one really knows the husbandry techniques needed to keep this species successfully, but it would seem high temperatures and minimal disturbance are key factors. Visitors to Paignton Zoo can now see the colony in the Investigate area; here visitors can see the spiders exhibiting natural behaviours such as building their web, hunting and clearing rubbish from the web. 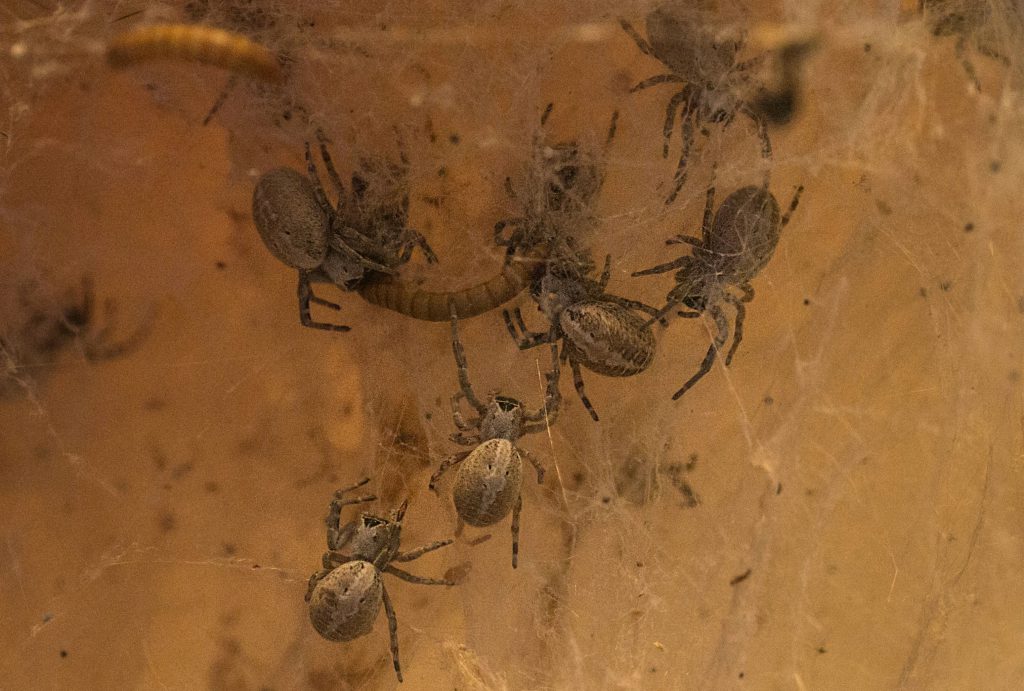 The Indian social spider, Stegodyphus sarasinorum, also known as the Indian cooperative spider, comes from India, Nepal and Sri Lanka. Colonies cooperate to build, maintain and defend a nest, construct a web, predate and feed. Some can hunt birds and bats as well as very large insects.They have even been seen building umbrella-like structures from webs to protect them from the rain! Paignton Zoo Environmental Park is a registered charity. For more information go to www.paigntonzoo.org.uk or ring 01803 697500.