Fire crews from around South Devon have been dealing with a barn fire in Dawlish this morning, 1st January 2018.

The fire service were called to reports of a barn on fire just after 2.30am

It was an early start to 2018 for the crew of Teignmouth fire station. Both fire engines attended a large barn fire in Dawlish alongside crews from Newton Abbot Fire Station and Torquay Fire Station. 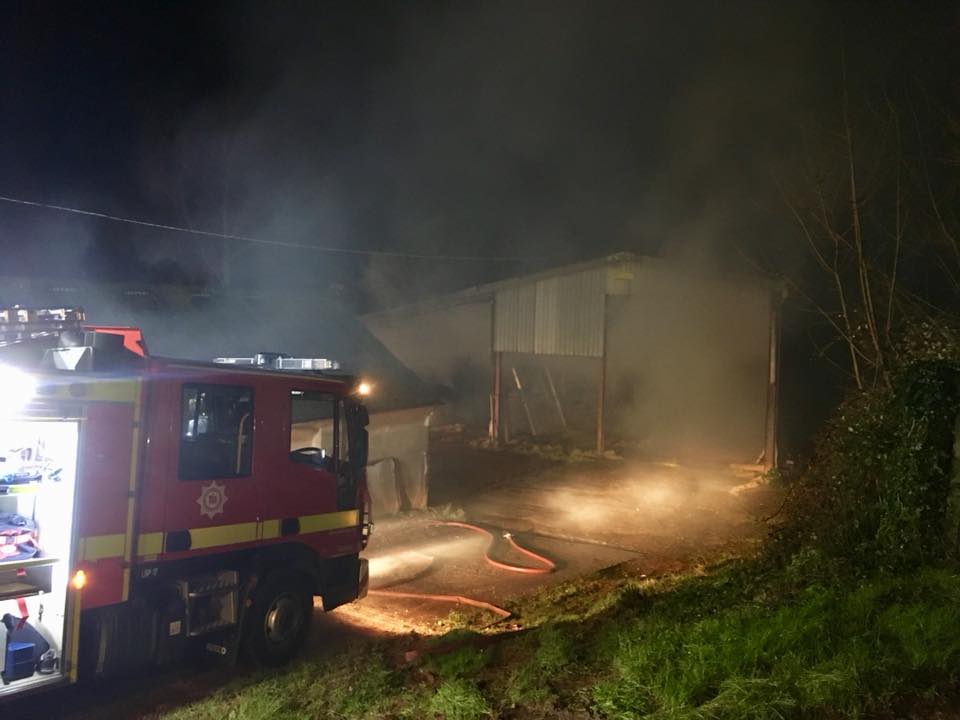 Fire crews found the barn to be well alight. The fire involved a barn containing hay, straw and farm vehicles..

Devon and Somerset Fire Service said on their website:
“The crews worked through the night making steady progress extinguishing the fire and removing saveable vehicles from the blaze. Once the fire was under control the crew used the telehandler to start removing the hay from the barn and dampen down,”

Relief crews from Dawlish and Bovey Tracey attended at 7am when the incident was scaled down.

Fire crews are still at the scene of this incident, and will remain in attendance for most of the day.