June 2021 saw South Devon College host their annual Summer Art and Design Exhibition. Art has been, and always will be, an expression of the artists’ voice. There were many stand out pieces of work where the student artists told their story and there were other pieces that presented viewers with questions and challenges to aspects of society.

Being Pride Month, Mitchell Poole had delved into spreading the message that being different or being gay is ok and he’s achieved this in a very light-hearted way.

Mitch didn’t have any experience of screen-printing onto clothes prior to starting his course in September 2020, but the results make that hard to believe. The t-shirts and crop tops are all statement pieces and use a play on words to encourage equality in society, whatever your sexuality. 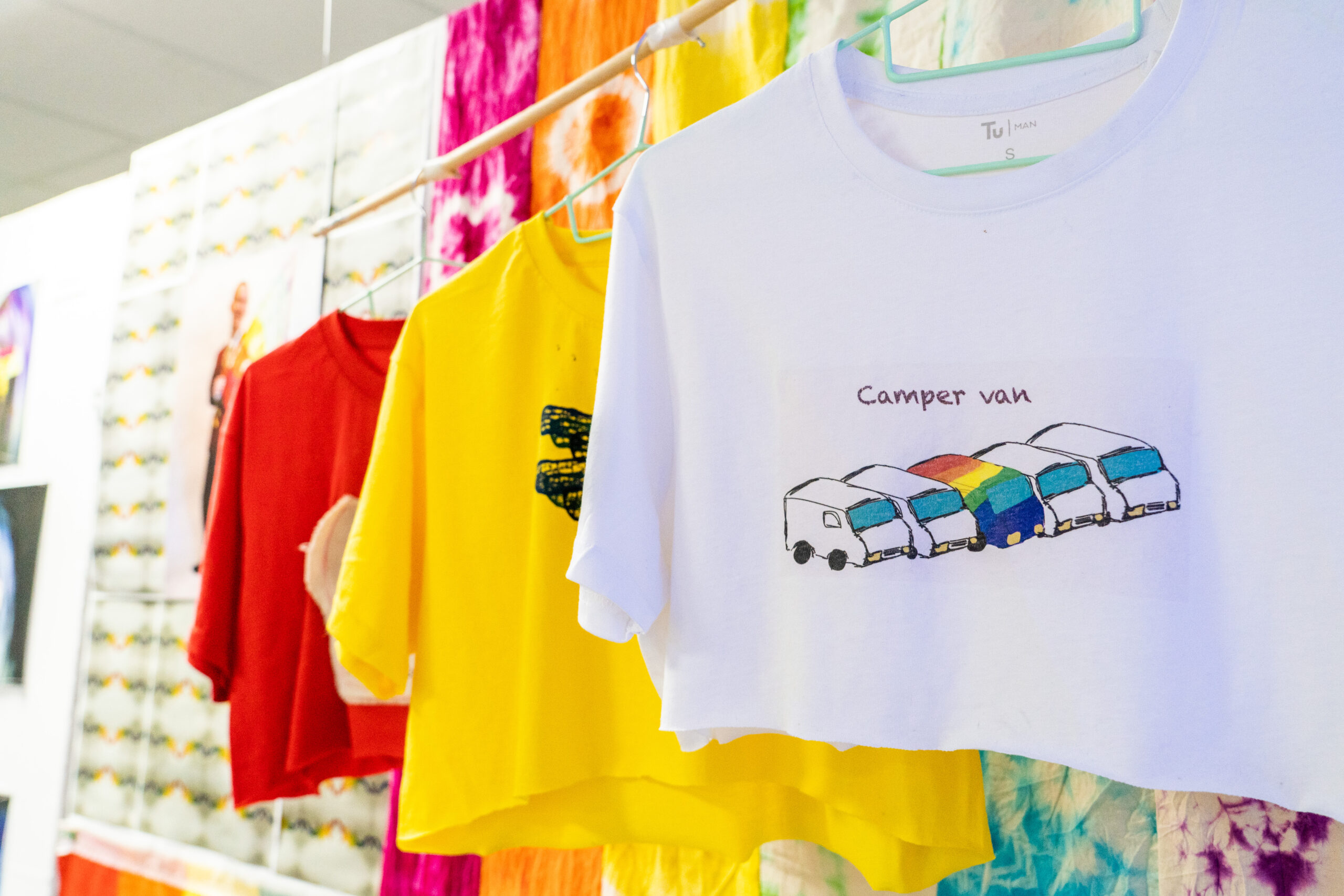 He said: “This project is a celebration of difference but also something to make me feel a lot more comfortable with being gay in a more creative sense with comedy and fashion than going to counselling and other more clinical paths.”

The clothes have phrases partnered with illustrations designed by Mitch, such as “Camper van” featuring a rainbow-coloured van between plain ones. Mitch also brought in reference to his spirit animal, the crocodile, and used a similar style play on words with “Call me and make it snappy”, making his work a hybrid of challenging societal norms and expressing his personality. 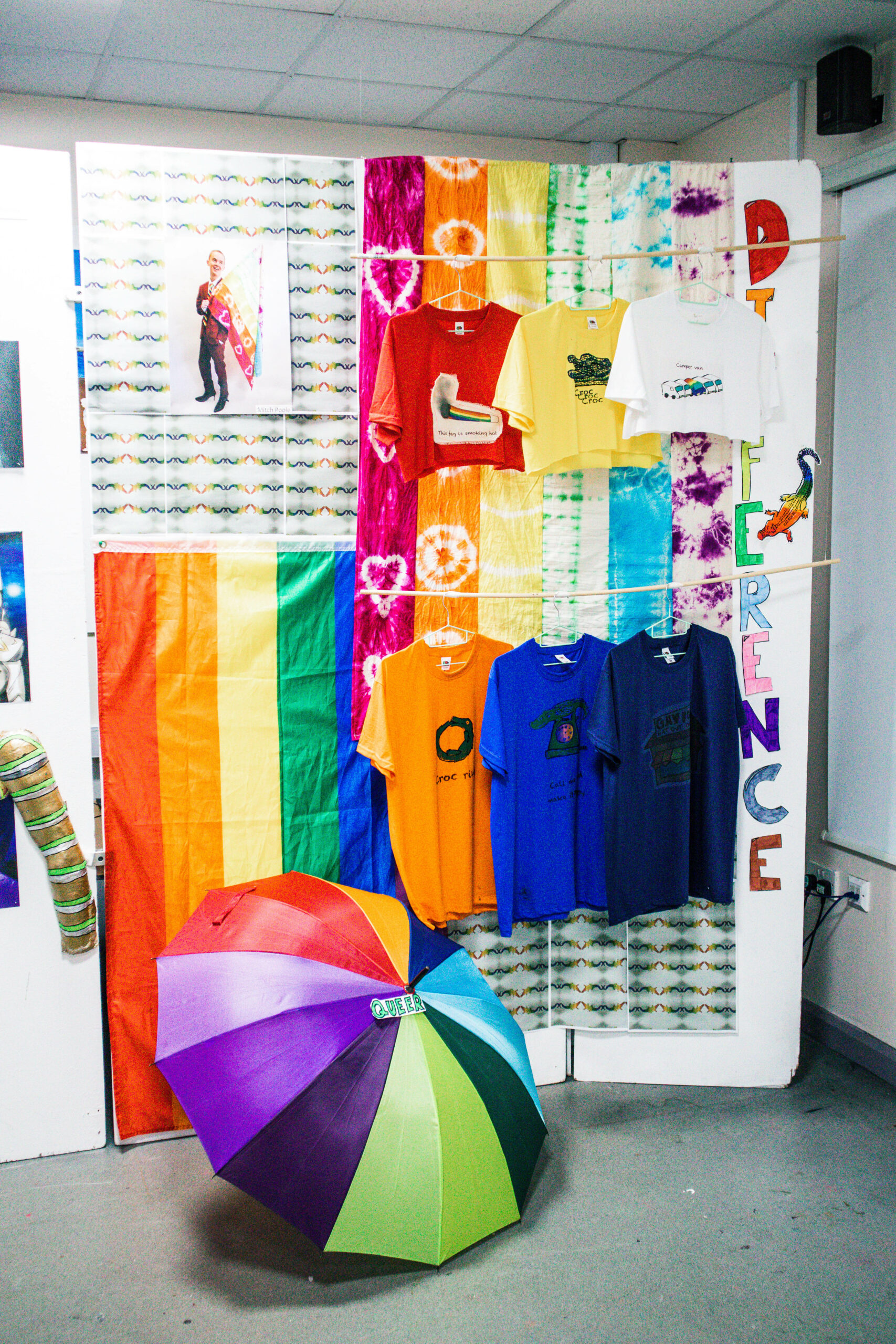 The t-shirts and crop tops that Mitch made aren’t intended for a specific gender. Mitch expressed that “someone who is gay doesn’t have a set build or body profile that defines them as gay. Just as much as someone that’s straight, gay people can be all different sizes and with crop tops assumed as a female item of clothing, the limited size options remove the ability for some people to express themselves the way they want with their clothes.” Mitch hopes that his work goes some way in tackling this issue.

Mitch had a picture taken of himself in his burgundy suit, rainbow tie, high heels, and an umbrella over his shoulder, all of which are featured within the exhibition. He posted it on Instagram and to his surprise received recognition from fashion and accessory company – ‘imverygay’, who offered him the opportunity to become an ambassador for the brand due to the alignment of their mission and values. 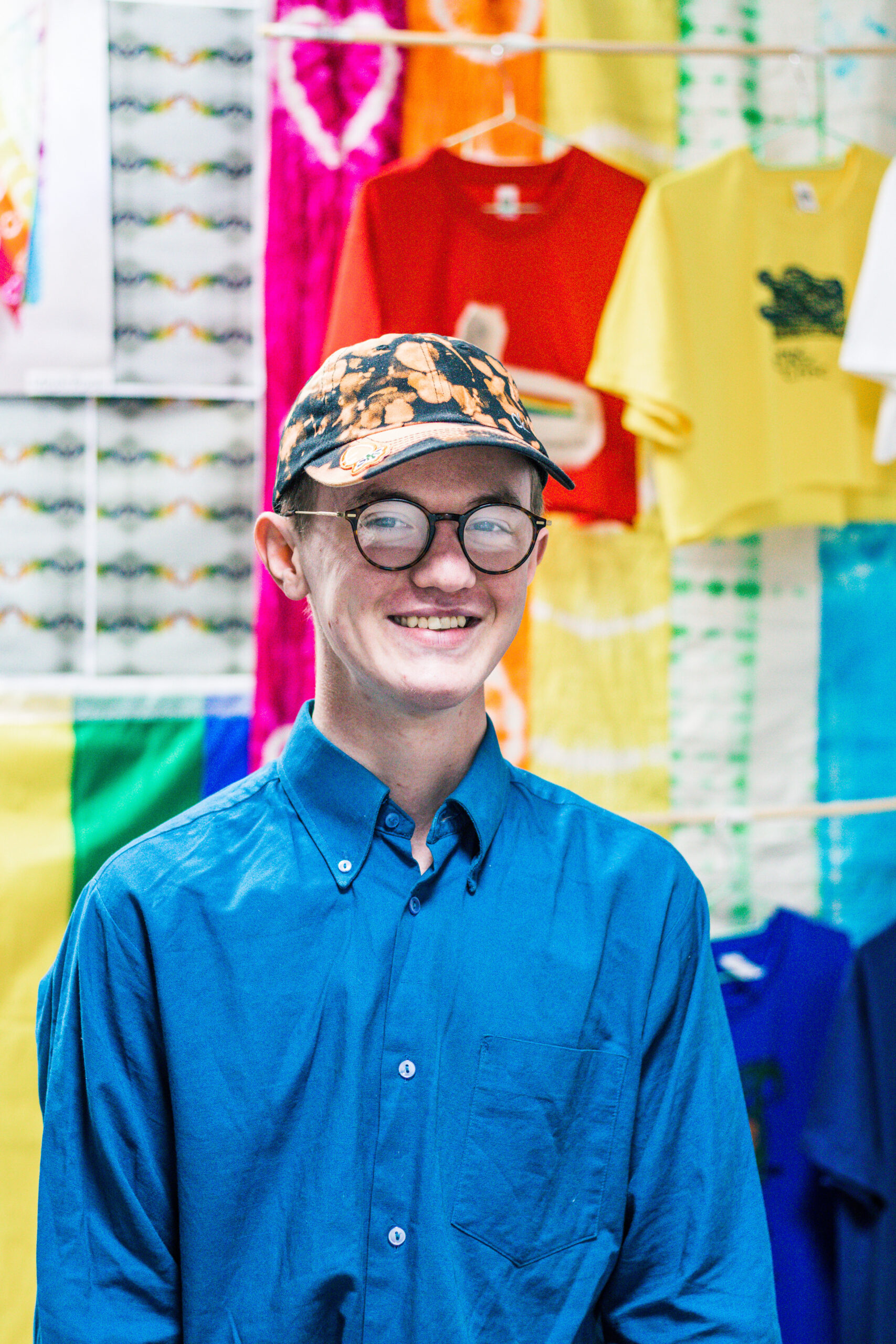 This and the reception to his work at the exhibition gave Mitch even more confidence to chase his dream and go forward with his own business, and he has already been in talks to get funding through the Princes Trust to make that a reality.

Whilst this is fantastic news, Mitch wanted to share more than just the story of his work and his business plans. The personal journey he has been on as he learns more about himself and his sexuality hasn’t been plain sailing and he wants to encourage others going through the same that they aren’t alone. People out there love you for who you are and anyone that struggles to understand homosexuality, you can help to understand in more ways than you think and is why Mitch turned to comedy in his exhibition piece.

Mitch had difficulty coming to terms with his sexuality whilst being raised by foster parents who didn’t share the same beliefs. He came out for the first time just around two years ago but then still feared the judgement he would be subjected to so returned to concealing it. 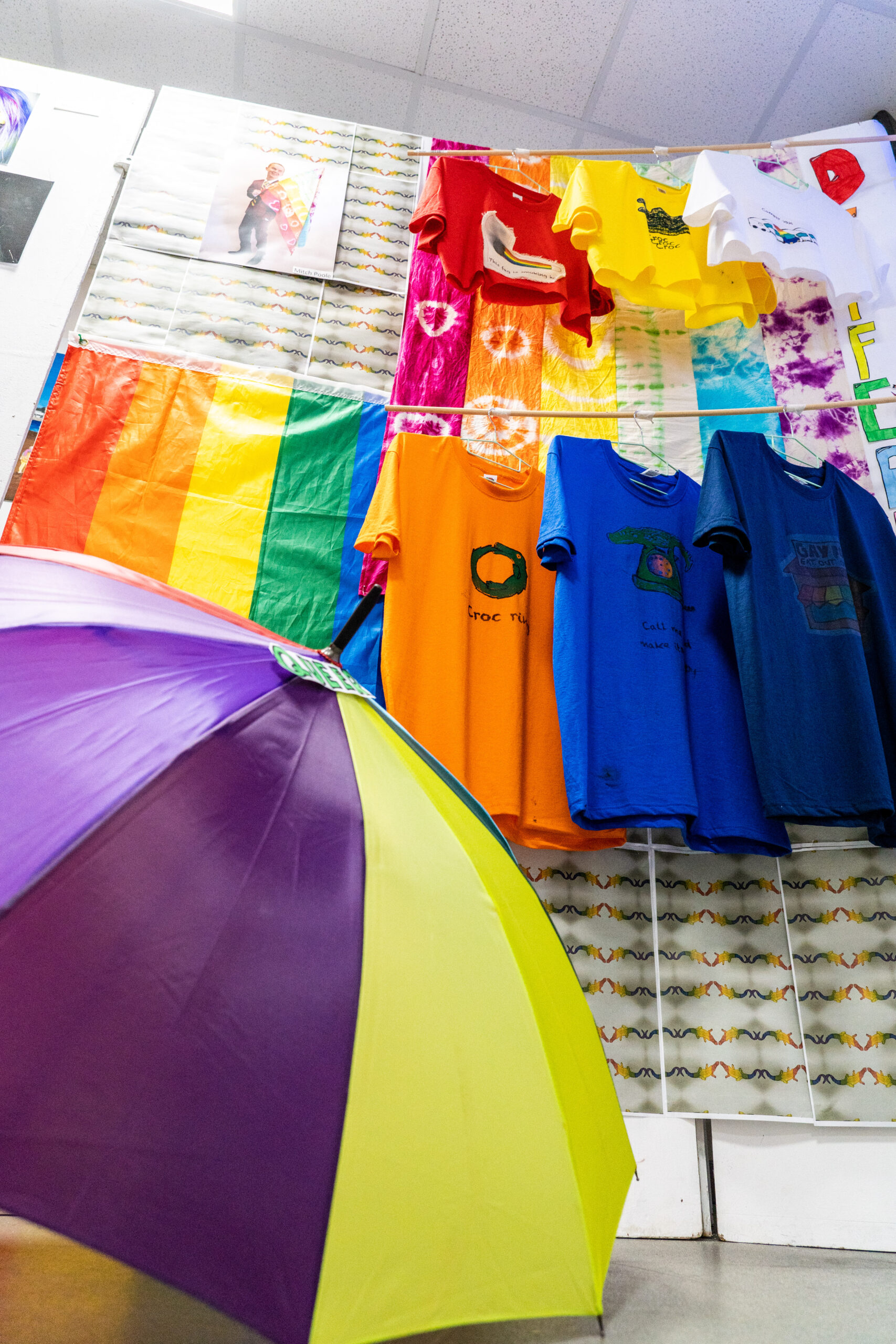 “I got trapped in the mindset of thinking being gay is wrong and had a conflict of being conditioned to having homophobic thoughts but also being homosexual at the same time, so I tried to ignore it.”

After it being outed at his previous school, Mitch suffered malicious comments and bullying that resulted in him isolating himself from everyone and, at its worst point, push him to want to take his life.

Thankfully, there was a part of Mitch that knew there was more to life than that and he didn’t go through with putting himself in harm’s way. After returning to live with his mother, he left school and joined South Devon College and has since been surrounded with people that love him for who he is and whether he is gay or not doesn’t come into it.

He said: “There are so many people going through or have gone through the same thing as me and think they’re on their own, so I want to be able to help others know that they aren’t alone.”

Focusing back on his exhibition display, Mitch continued “it’s helpful for me to see people react to my work in a nice way. It’s basically me taking a bit of my heart out and sticking it on this board for everyone to see, so it means a lot.”

We look forward to carrying on following Mitch’s journey as he continues to be an outstanding role model in not just the LGBTQ+ community, but to everyone far and wide.

If you’re interested in studying Art and Design like Mitch has, you can discover South Devon College’s range of courses at southdevon.ac.uk. For more information, you can talk to the Helpzone team using the live chat below, emailing enquiries@southdevon.ac.uk or calling 08000 380 123.