On 8th March South Devon College welcomed students back to their campus amongst an atmosphere of excitement, as things begin to feel a little more ‘normal’.

An important part of the roadmap to normality is the ability to test for the virus frequently. In response to this, the College have developed a testing facility with a dedicated team of staff to guide and support students in testing for Covid-19. It ensures the continuous monitoring of any possible emergence or outbreak of the virus at the College and gives more insight to act quicker before it spreads further.

It is this that allows College life to return to as close to normal as possible in the current circumstances. The College has reported that in the first week back the facility is running very well.

The dedicated staff recruited to carry out continuous testing at South Devon College have reported an overwhelmingly positive experience despite the unusual circumstances and a quick return back to the campus for students and staff. 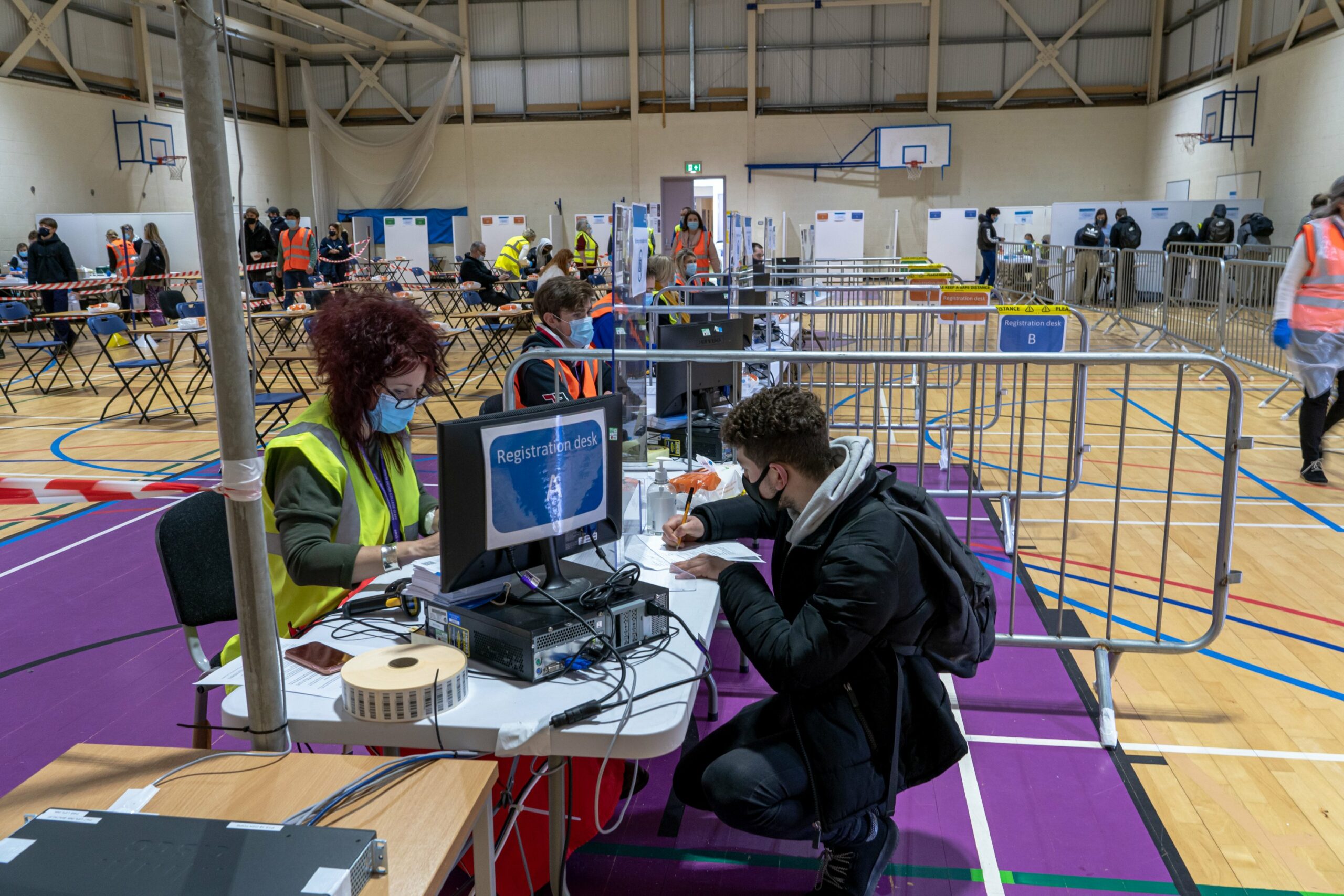 One said: “I’ve really enjoyed it and it hasn’t felt like I’m working as such. It’s also so rewarding that the students appreciate what we’re doing and showing them how to test themselves too. It’s gone really well so far.”

Another highlighted that they “expected to come in to seeing teenagers that were frustrated by the process but found they have been polite and complied without fault.

“With this continued attitude, we will see the end of the pandemic sooner rather than later.”

Students only had great things to say about the process as well, many making similar comments to each other saying “it was rapid,” they were “impressed with the organisation and the speed of doing a test” and also that “it’s not as scary” as they thought.

“The testing facility at the College has run exceptionally smoothly since the start of the week. We recruited 50 new members of staff that are dedicated to the running of this facility, 40 of which are needed on each day for it to run.

“We’re pleased to report that up until lunchtime on Thursday 11th March, we have seen 2321 students tested since Monday 8th March, the day of reopening. Even better, none of those students tested positive which meant they were able to get back to enjoying College life again.

“The facility is a great development of our already existing smaller scale testing centre that we put in place for students that needed to be on-site during the lockdown that begun in January 2021. With 15 swabbing bays, we now have capacity to complete 180 tests an hour, equivalent to over 1000 a day. We are testing students three times and giving guidance before we issue them with home testing kits to complete future tests regularly from home too.

“As some of our staff have highlighted, the whole experience has been very positive. Huge credit is due for our students that have taken the whole process in their stride, but this would not be possible without our dedicated staff. It is very much a collective effort, and everyone is more motivated than ever with an end in sight. It’s truly inspiring to see and the College are proud of everyone involved.”

For more information, visit southdevon.ac.uk where you can find all of the courses they have on offer. If you have any questions, get in touch by calling 08000 380 123 or email mailto:enquiries@southdevon.ac.uk.