Friday 2nd November saw a packed out Rivera International Centre in Torquay as South Devon College hosted its annual Day of Celebration Awards Ceremony. Welcoming students from across the South West region, their achievements were celebrated with family, friends and staff members alike. Over 800 people witnessed this year’s successful students beaming with pride upon collecting their awards. 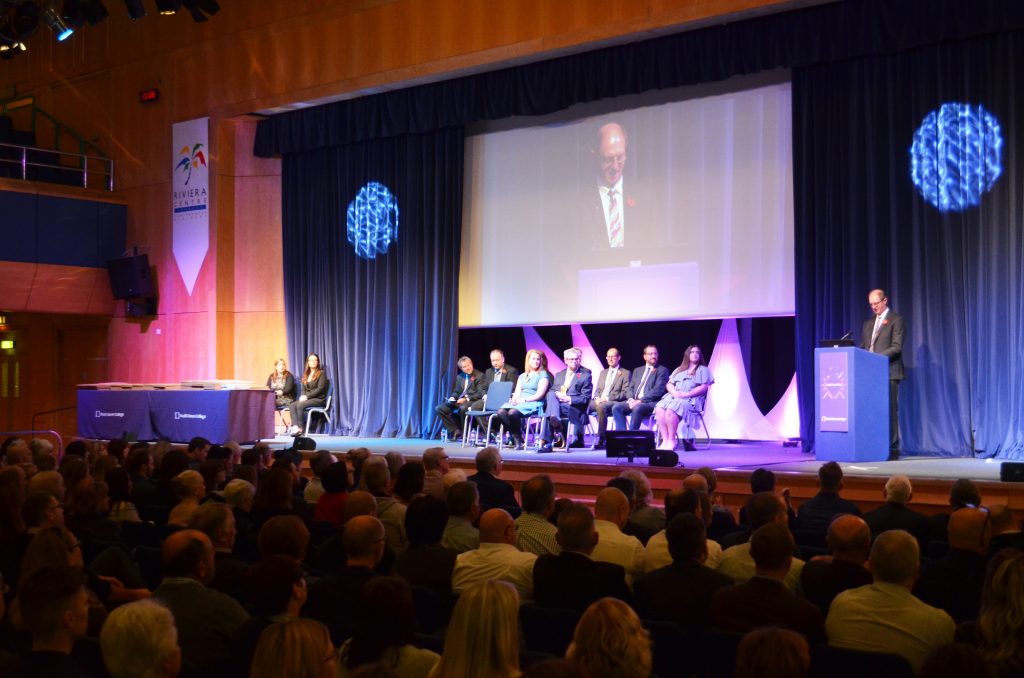 The College was thrilled to present 133 students with their awards, linked to the College Values of Aspiration, Inclusion, Innovation, Support and Progress. The ceremony was an excellent opportunity to acknowledge not only academic success but also personal growth and development, with many students having shown great determination to succeed and have now progressed into employment or further training.

Many key stakeholders and College Governors from throughout the local area attended the ceremony. Keynote speaker was Mollie Hughes to who delivered an incredible address to the large audience. A keen mountaineer and adventurer, after growing up in Torbay, Mollie made headlines nationally in May 2017 by successfully reaching the summit of Mount Everest from the fierce North side. Achieving this feat at the age of 26 meant that Mollie became both the youngest woman in the world and the first English woman to successfully summit the world’s highest mountain from both the North and also South side previously in 2012. Her story is one of huge inspiration for the College students who will soon planning their own adventures in the future. 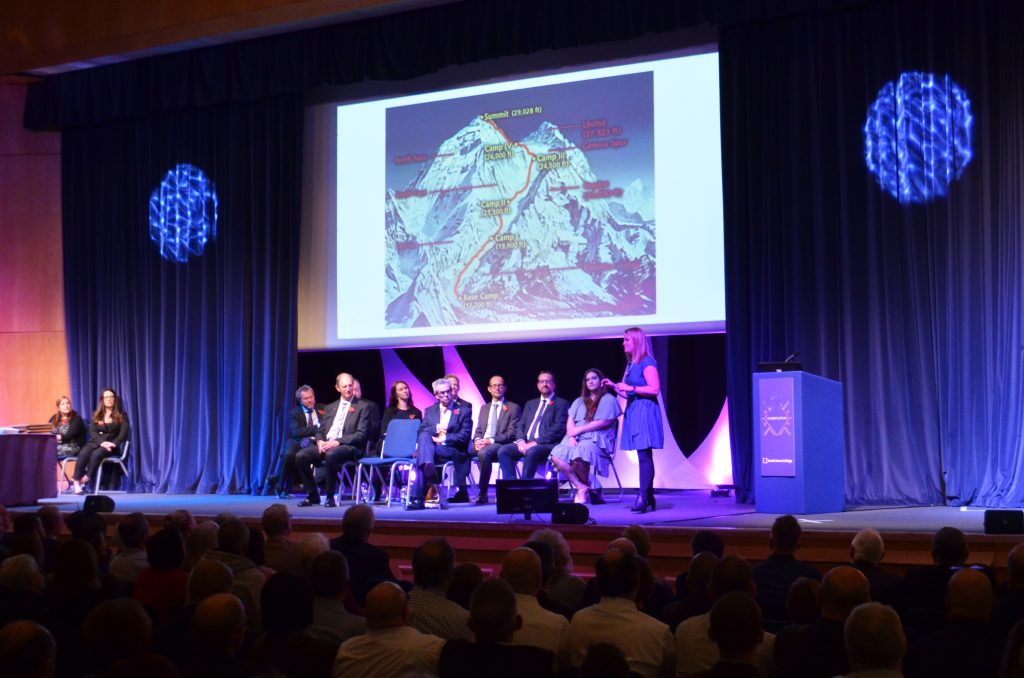 Speaking to Mollie after the ceremony, she said “it’s been a pleasure of mine to share my story today and engage with the students. Offering advice and inspiration to young audiences can be immensely beneficial as for many of the students this period marks a turning point in their lives where big decisions on their futures are made. Having studied at the nearby Paignton Academy, today’s speech was extra special for me, it would have been around 10 years ago that I sat in the same place and received advice”.

Amongst the student winners was Football Development and Coaching NVQ Level 2 student Kyle Phipps, who won the prestigious Paul Haigney Award. The Paul Haigney Award is provided by the Friends of South Devon College, a charitable trust established to remove barriers to learning for disadvantaged students. The Award itself acknowledges triumph over adversity in the face of challenging personal circumstances. Kyle has been an exceptional football academy student who despite his personal challenges has progressed from level 2 onto level 3. Kyle is an incredibly proud and popular member of the College’s sports cohort and contributes to all aspects. Last year he played his first competitive football match, and this year Kyle was made captain of the Pro:Direct Football Academy’s third team. Leading by example, Kyle is an exceptional student and a role model for all. 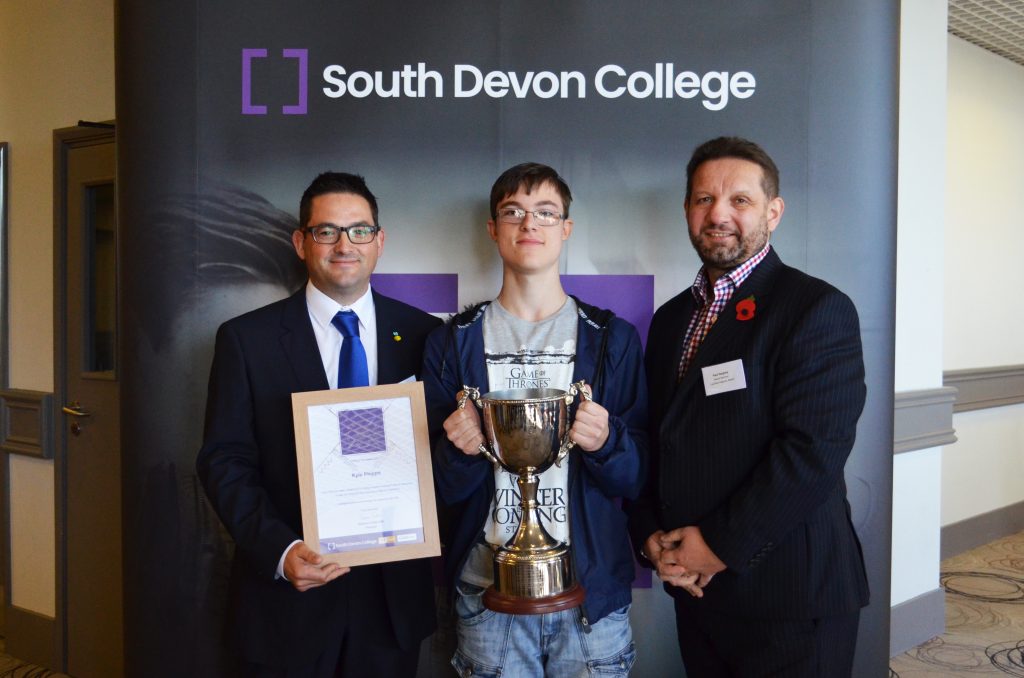 Principal of South Devon College Stephen Criddle OBE said, “The Further Education Student Awards Ceremony is always a highpoint of the year at the College, where we can congratulate students who have achieved local, regional and even national success. Whilst all students who pass their chosen course have good reason to celebrate, we believe it is important to acknowledge those who have done exceptionally well, going above and beyond the expectations of their qualifications. I know colleagues and governors will join me in wishing all our students a bright future, as we eagerly await seeing what they will go on to achieve next.”

The Further Education Student Awards were followed by the Staff Awards Ceremony where over 550 attendees applauded those staff in gaining further academic and technical lifelong learning qualifications, College Values Awards and Team Awards. In addition, the awards included a key opportunity to recognise the great contributions made from staff reaching long service anniversaries with landmarks of 5, 10, 15 and 20 years of dedicated service shown to the College being recognised and awarded.

If the success of our 2017/18 students has inspired you to see what you can achieve with the College, you can find out more and visit our next Open Evening, on Wednesday 21st November, 4pm-7pm at the Vantage Point Campus, Long Road, Paignton, TQ4 7EJ. Alternatively, you can call our Helpzone team on 08000 380 123 or email enquiries@southdevon.ac.uk