Emergency services were called to reports of a girl who had fallen from a cliff in Exmouth last night, Friday 29th June.

The 16-year-old had fallen from a cliff at Orcombe Point onto the beach below at around 9.45pm.

RNLI volunteers were on scene within 8 minutes. The area was only accessible by sea, the RNLI D class lifeboat returned to station to pick up the South West Ambulance HART team and an emergency doctor to take them to the scene.

The girl was initially winched up by the coastguard helicopter and then transferred to Devon Air Ambulance and taken to Derriford Hospital. 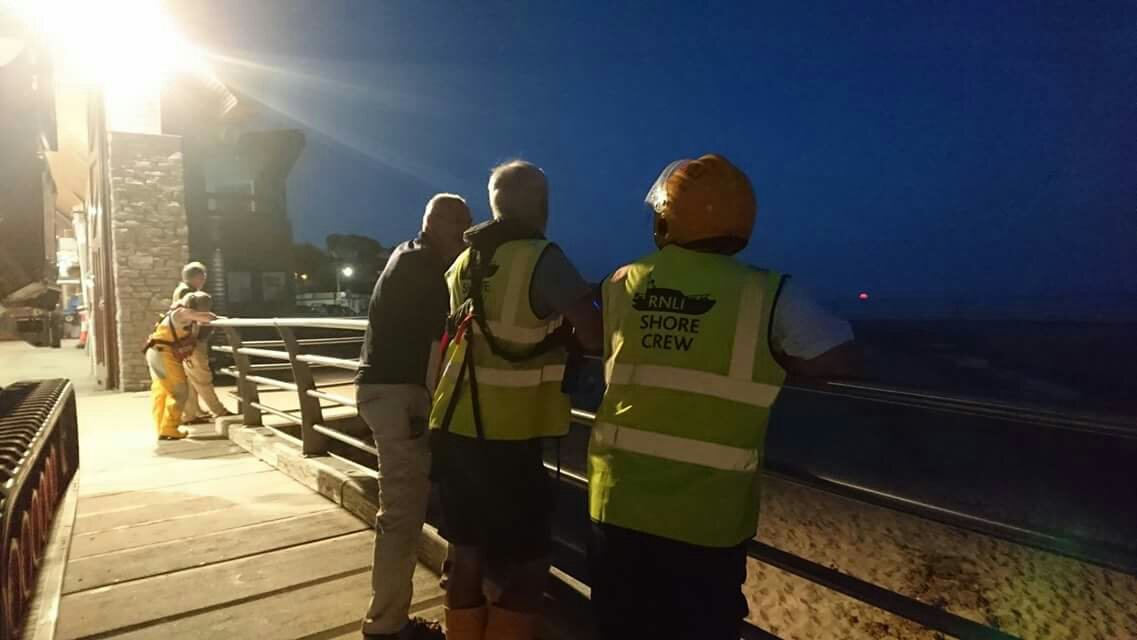 Exmouth Coastguard team and Devon and Cornwall police officers were in attendance at Orcombe Point, controlling crowds which had formed and preparing a helicopter landing area on the beach, if needed.

Crew volunteer, Roger Jackson was one of the Crew volunteers first on the scene: “We found the girl in extreme agony, in a crumpled mess. She had been joined by a friend who had run down the steps and entered the water in order to reach her. Together they had somehow moved up to a ledge to stay higher than the tide, until help arrived. We would like to thank him for assisting her to a place of safety and saving her from a worse situation with an incoming tide.

“When speaking to the casualty’s friends, we understood that they had been sitting on the edge of the cliff looking at the moon over the sea. The cliff edge had crumbled under her and taken her down a vertical drop, feet first. On the way down, she had hit an overhang and then slid down straight to the bottom.

“With the recent long warm weather, our Jurassic cliffs are very dry and prone to splitting and creating rock falls. It is not only dangerous for walkers at the top, it is also dangerous for people sitting on beaches beneath. We would encourage people not to take the risk of going near the edge – keep to the marked footpaths and enjoy our beautiful coastline from a safe distance.

“It was a tremendous effort by all emergency services involved. Joined-up lifesaving which we can only learn by training regularly together and understanding each other’s assets.“

The girl’s sister Kelly Cleland said on an RNLI post on Facebook: “They did an amazing job my sister is lucky to be here so thank u all involved xx”

It is reported that the teenager has a broken back.