Careful not to break any mirrors today – or walk under a ladder! It’s that Friday the 13th feeling again!!! Did you know there is an actual phobia called ‘paraskevidekatriaphobia’ to describe the fear of Friday the 13th? (and if I have spelt that wrong, then I will just blame… the date!) 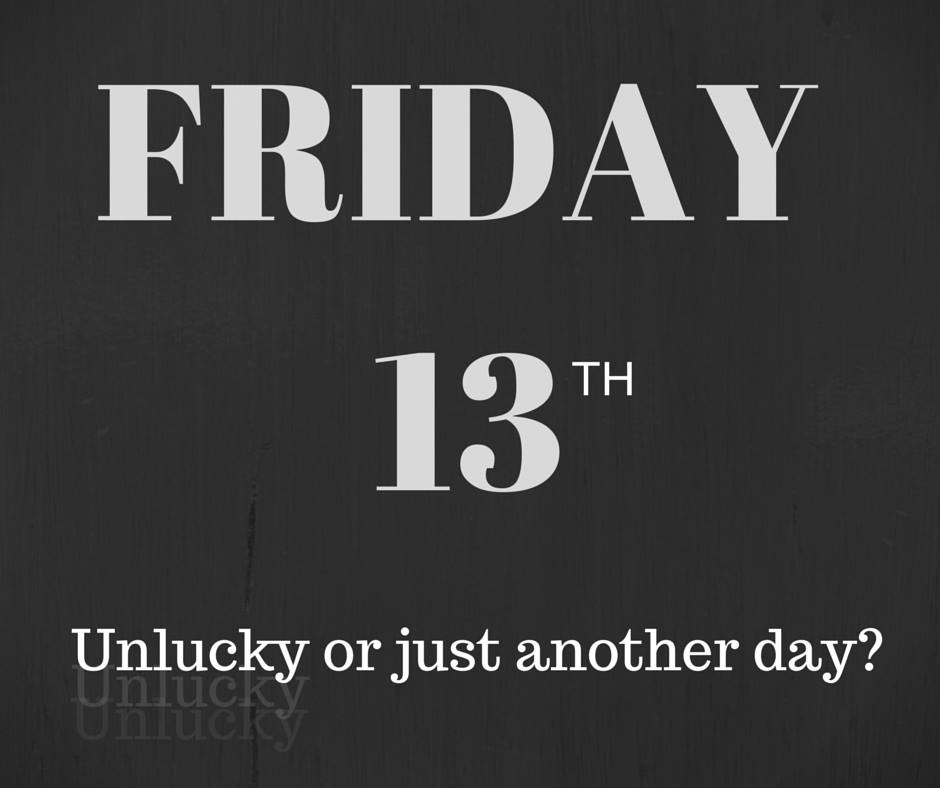 owever, logically, Friday 13th is no more unlucky than any other day or date. So where did this all start? Well, one theory, According to Thomas Femsler, a professor at the University of Delaware who has studied Friday 13th extensively, the most common explanations stems from the Bible. The cruxifiction took place on a Friday, and there were 13 people at the last supper, and the two have been linked ever since.

So are we just socially constructed to believe Friday 13th brings bad luck?

Research shows that Friday the 13th, which can fall three to four times a year, is bad for business too as people, convinced it is an unlucky day, refuse to fly, take a train, or even their usual commute to work by car.

But as thirteen is a rational number, why is the fear of it irrational!?

Have a good weekend everyone!