This year’s 2019 English Riviera Film Festival is in its fifth year and has become one of the South West’s major film festivals. The number of films being shown has doubled and the award categories have been expanded to better reflect the wealth and diversity of talent involved in the independent film industry today.

There’s also an opportunity to meet some of those talented individuals involved with film making- there is exhibitor representation from film companies across the South West, with Directors, Producers, cast and crew from many of this year’s nominated films in attendance from across the . As a special feature the Festival will be hosting the south west premiere of Snowgum Films’ much anticipated film adaptation of Terry Pratchett’s Troll Bridge. 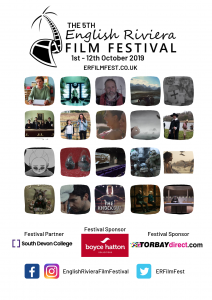 The awards day itself is being held at South Devon College’s incredible new facility for film and media, the Hi Tech and Digital Centre. Special thanks to our 2019 Festival sponsors Boyce Hatton , Torbay Direct and Festival Partner South Devon College – their support has helped stage what will be the English Rivera’s best Festival yet.

The Festival Programme is at: http://erfilmfest.co.uk/2019-english-riviera-film-festival/

Extra toilets will be open in Torbay in time for the school summer holidays – but Torbay Council is once again pleading to please treat the staff with respect. Following a refurbishment and upgrade…

Health chiefs in England are encouraging parents to be aware of the signs of respiratory illnesses in young children, as data from Public Health England (PHE) shows cases are starting to rise in parts…