On 31 July 1888 the Western Times reported on a fete at Cockington Court held to support the local Conservative Party. The fete didn’t go well:

“Once a year the Tories of the Division hold a fete ostensibly for the amusement of the party, but having also in view the advancement of the cause. On Wednesday last a gathering at Cockington Court was spoilt by a heavy downpour of rain. The great attraction was an individual described as the “African Blondin,” but the dusky one disappointed the fine tastes of the spectators by getting his hand smashed with a hammer, just before the time announced for the performance to commence. Athletic sports and the drinking booths divided honours during the afternoon, and a friend informs us that he never saw more drunkenness even on a race course. 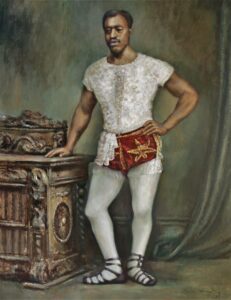 “The surroundings appeared to have a very distressing effect upon Mr Mallock MP (pictured), and his principal supporter, both gentlemen announcing to the meeting which was held in the evening that although they had speeches in their pockets they should not deliver them. This frank admission was much appreciated by a portion of the audience, and the whole affair ended in a frizzle. Probably after this sad experience our Tory friends will consider that their lot is not altogether a happy one.” 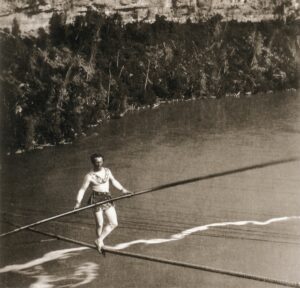 Carlos had escaped slavery in America to became one of the world’s greatest ever high-rope walkers. He claimed to have crossed the Niagara Falls on a high rope, though this has been questioned. 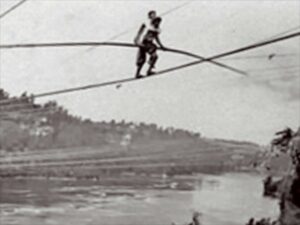 Under the management of JA Trower, Carlos performed around the world. He was celebrated and well paid for his performances. At times appearing alongside him was his daughter, Miss Celia, known as ‘The Black Star’.  We know less about his private life, though he was accused of being “an unconfirmed bigamist husband of two English ladies”.

Carlos championed many charities helping those in need and was known for supporting the emancipation of slaves; he appeared at the ‘New York and West Indies Emancipation Jubilee’ on several occasions. 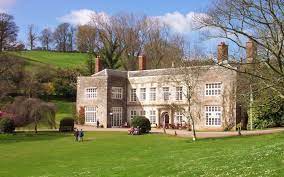 In the 1870s, Carlos lived in Bristol and in 1888 performed for thousands at Colston Hall, “walking forwards and backwards, blindfolded and in shackles on a rope 50 feet high and reaching 120 feet from the organ to the President’s gallery.”

Cockington, however, appears to be his last appearance in a 27 year career. In January 1889 Carlos was admitted to the Grove Hall Lunatic Asylum, Bow. He died penniless of syphilis leaving a destitute wife and three children.