The River Fleet gives its name to Torquay’s Fleet Street and is the town’s subterranean watercourse.

Behind Torquay harbour two narrow valleys stretch back from the waterfront. On the west, Fleet Street links the commercial centre of Torquay with the seafront. It takes its name from the Flete Brook which rises in Combe Pafford to flow south through Upton before turning southeast to funnel through that narrow limestone valley bounded by Torre and Waldon Hills to the south, and Furze and Braddon Hills on the north.

Over the years the landscape that the river flowed through has changed dramatically. During the first half of the nineteenth century extensive limestone quarrying for Torquay’s development has widened the valley, while the Flete was culverted between 1803 and 1898 when Lymington Road and Upton Park were completed. 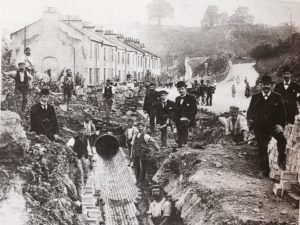 But first, back to beginnings. The first mention of the Fleet is probably in the 1556 will of Symon Wheler of Torre which bequeathed, “all my salt in my cellars at Flyett”. In 1608 we have records of a grant of land, “and another house and dye mill lately erected and built by the said John Saunders at Fleete within the tithing of Tormohun”.

The Fleet was utilised to grind corn at Fleet Mill (standing close to where WH Smiths is now) by the end of the 13th century, with the mill pool being around Pimlico. The mill was demolished in 1835 but, fortunately for future historians, in 1780 the Reverend JB Swete painted a watercolour of the Fleet Mill. The picture appears in AC Ellis’s An Historical Survey of Torquay and it shows a mill with a waterwheel in a steep rural valley with cows grazing in the foreground. 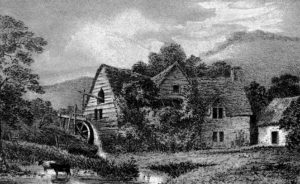 While the Fleet was the source of the town’s drinking water, it was also the cause of disease. In 1832 and 1849 cholera reached Torquay. The 1849 outbreak lasted for six weeks leading to 66 deaths mainly in Pimlico. Awareness of the dangers of water born diseases contributed to the eventual covering over of Torquay’s river which from then on flowed unseen toward the Strand – from the Old English ‘strond’, meaning the edge of a river. 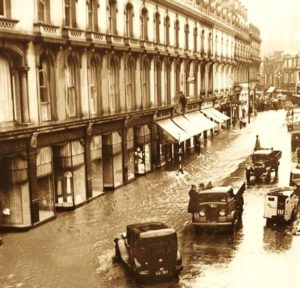 On its journey 1803’s ‘Trewman’s Guide to the Watering Places to the SE Coast of Devon’ refers to, “neat cottages with small gardens and several modern built lodging houses, nearly as pleasant as those on the beach”. Swete was less complimentary describing, “an insignificant row of houses (in George Street), that skirts the brook side and blocks it up to the sea”. 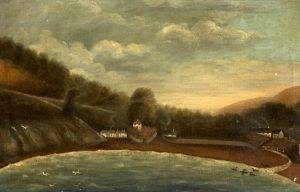 It’s often said that Flete or Fleete means stream. However, the river’s current name is derived from the Anglo Saxon flēot or ‘tidal inlet’. Since the inlet only ran so far inland, this raises the question over whether the whole of the river was always known as the Fleet? 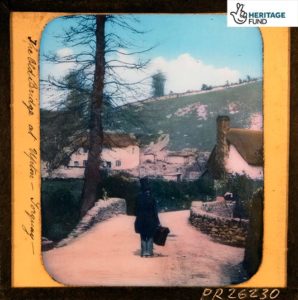 From Torquay Museum’s collection of slides

Further inland, near to Penny’s Cottage, was a field described on the Tithe Map as Pittaford – the ford known as Pittaford. Is Pitta the lost name for the stream now known as the Fleete? Many Saxon names end in an ‘A’ and Church Registers show that St James Road was originally l known as Peditford Road, while the terrace there was Peditford Terrace. 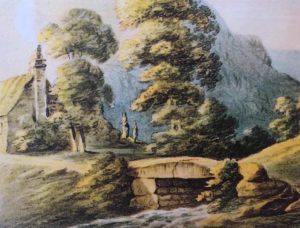 The 1793 painting, by Rev. Swete, showing the Fleet at Penny’s cottage.

This could just refer to the Old French word ‘petit, meaning ‘small’, or from the medieval ‘pedit’, one who goes on foot. Or we may have discovered the lost name of Torquay’s subterranean river…

Torbay Council looking to pledge £10,000 towards your projects