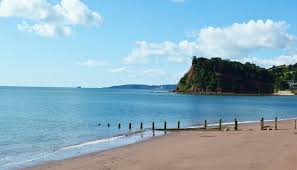 As part of their Carers support meetings Teignmouth’s ‘Volunteering in Health’ recently organised a talk on local ghosts. Before the lecture research was undertaken to gather sightings and tales from the town’s rich folk history and those Carers present at the lecture also contributed their own stories and experiences. It was suggested that these might be worth sharing further.

Even for non-believers ghost stories and sightings can tell us something about a whole range of human experiences: in psychology; morality; sleep; folk belief; human evolution; grief; and as a way to listen to the voices of the unheard.

As each community has its own ghost stories and tales of odd happenings, here are some of those from Teignmouth and the surrounding area. 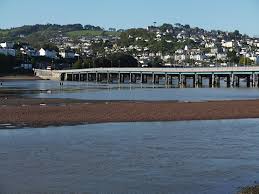 Shaldon Bridge has a number of ghost sightings with some quite recent. They tend to be linked to deaths and disappearances on the bridge. For instance, a young boys clothing was reportedly found on the bridge – no one ever claimed the belongings and this has been linked to the apparition of a juvenile being seen. Another narrative tells of a tall, cloaked figure in the middle of the bridge which abruptly vanishes. A poster also wrote, “When I was at Shaldon Primary school I remember being told about an old headmaster who disappeared going over the bridge & was never seen again. They thought he’d been blown over in bad weather.”

Staying in Shaldon, the old part of Commons Old Road that runs up past Fonthill is known as ‘Murder Lane’. “A highwayman shot a coach driver I guess in the 1700s, I think he met his end on Picket Head Hill”, writes a poster. “The lane still has the steps where passengers were asked to alight to lighten the load for the horses. It’s still haunted, a Shaldon resident saw something there 20 or so years ago…..not someone easily scared….but he ran and didn’t look back. Dogs sometimes refuse to walk up at night.”

The Devil’s Foghorn White Lady is one of those many white lady stories we have in Devon- Berry Pomeroy and Torre Abbey being others. The legend has a woman being found washed up dead on the beach. The locals removed her expensive rings and threw the body back into the sea. She is now to be seen standing on the coast, looking into the sea, whenever stormy weather takes a life.

Between 1988-1993 Hawthorn Cottage experienced a variety of supernatural events, with a sensational background of child sacrifice, black magic rituals, misbehaving electrical items, and ritual cat killings. A priest carried out an exorcism which calmed things down until the home owner married and the strange manifestations began again. Local ghost hunter John Parker reportedly finally rid the site of the entity. 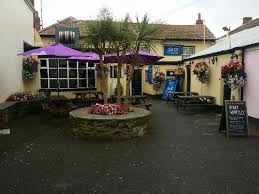 Pubs across south Devon are often the focus of hauntings. The landlady of Ye Olde Jolly Sailor, for example, tells that, “We have A LOT of weird things happen here. We’ve not dabbled with photos and séances and that because, whoever it is, I don’t want to anger them. But every night whilst were locking up the ladies hand dryer turns on by itself, also our coffee machine randomly pours itself a coffee. When we’re upstairs in our flat we can hear chairs being dragged across the wooden flooring. There’s a lot of history in our pub. It’s the oldest in Teignmouth – it still has parts standing from the 1100’s and in the 1700’s. It survived the French attack only because it was the only ale house. And apparently the monks used to hide themselves up in the chimney in the pub. It’s friendly. You can sense something behind you when I’m downstairs cleaning on my own but it’s a nice feeling, definitely not a nasty one.” 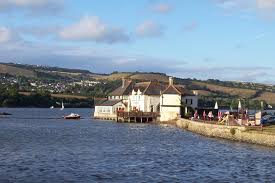 Further inland, the Old Smugglers Inn in Coombe Cellars has the occasional witnessing of an apparition of an “elderly woman” in one of the bedrooms. It’s said that this was an overnight guest from London was murdered in the 1700’s. The vaguely insulting report continues, “From the description given, she is certainly too well-dressed to be the average rural visitor, for she wears a pale blue gown and what appears to be jewellery round her neck. Presumably it was for this that she was killed.” The phantom was last reported in 1972.

The road between Torquay and Shaldon is, according to legend, patrolled by Springheel Jack, the supernatural terror of London who first attacked women in 1837 (pictured left). Why he then relocated to Devon to hurl balls of fire at nocturnal travellers is a mystery, but the story may have something to do with smugglers wanting to discourage people from venturing abroad at night.

A stretch of the road through Holcombe is supposedly haunted by the ghost of a middle-aged man in a long grey overcoat carrying a torch with which he  “flags down” evening motorists. A Mrs. Swithenbank of Taunton saw the figure as she drove round a bend in the road and was convinced that she had collided with the man. When she went to investigate she g found nothing. In 1978 a motorcyclist had a similar experience. While the main area affected was near the Heatherton Grange Hotel, a week earlier a motorist claimed that he had witnessed the phantom at White Ball, a few miles away. Two local news papers published numerous reports by readers and other statements were lodged with the local police. 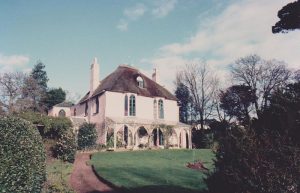 Woodway House has more than one ghost. When the Griffith family first moved in a helper commented on the “pretty young ladies in old fashioned dresses” in the attic rooms. These were the bedrooms of the long-deceased Spratt sisters who were said never to have wanted leave their beloved home – so apparently they didn’t. One elderly relative occupied a main bedroom at the front of the house and frequently commented on the Victorian gentleman who walked into her room through the door beside her bed. As no door existed the matter was dismissed. Yet, when the room was redecorated a hidden door was uncovered – the bedroom next door had been a room where the family prepared themselves before coming into the morning room to greet guests.

A further sad tale of Woodway House is of a 12 year old boy who died in 1963. His grandmother would say that the boy’s spirit would often come and sit beside her bed as she read her paper. The lady herself has also been seen sitting in a chair beside the fireplace in what was her room for many years.

There are, of course, many more supposed hauntings in Teignmouth. Do let us know of any that we may have missed…