In 1862 Charles Dickens wrote, “Torquay is a pretty place… a mixture of Hastings and Tunbridge Wells and little bits of the hills about Naples”.

Ruskin would carry on the theme and call Torquay, “The Italy of England”. 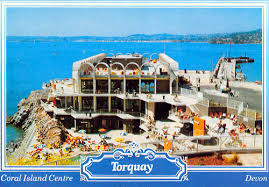 Over a century later a 1977 review of the newly-built Coral Island complex noted: “The prospects looking towards the gleaming little swimming pool with around it the beautiful panoramic loveliness of Torbay, this looked to me like a part of Capri.”

And for decades the town promoted itself as The English Riviera.

Torquay looked like the coast of southern Europe because it was selected, designed and promoted to replicate the attractions of the Rivieras of Italy and France.

While the origins of the town were as a health resort for the sick and disabled, the opportunity to become the richest town in England lay back in the seventeenth- and eighteenth-century Grand Tour of Europe. 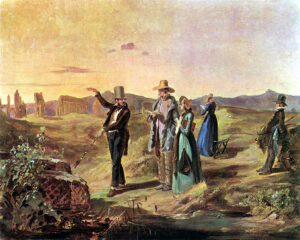 Beginning in the sixteenth century and gaining popularity during the seventeenth century the Grand Tour was a cultural experience for the young English elite who often spent anything up to four years wandering around the continent.

These young men – though there were some women – were exposed to Greek and Roman history, language and literature throughout school and university. And so they went abroad to visit cities that were considered major centres of culture at the time – Paris, Rome, Venice, Florence and Naples being of particular interest.

That was the theory, but they seemed to spend a great deal of time on drinking, gambling, and general promiscuity – to return home without any of the consequences they might have faced in England. 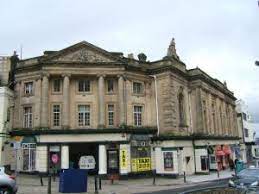 The collection of art became a theme and many came home with paintings, antiques, and handmade items from various countries. Next time you visit a National Trust property note how many art works come from this period. 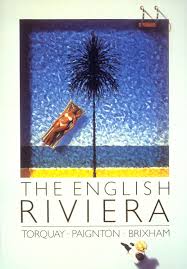 Upon returning to England, they were then expected to be ready to assume the responsibilities of an aristocrat. They also brought home with them ideas about architecture and culture.

This was a well-established rite of passage until 1789 when the French Revolution halted the Grand Tour and marked the end of an era of travel and enlightenment for England’s elite; and this is where Torquay became the great beneficiary of the many years of European conflict. 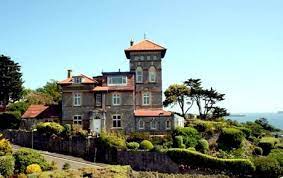 For a few decades Torquay became a substitute Grand Tour for those unable to travel outside of the country… and they had a great deal of money to spend.

They adopted and reshaped the Bay. If they couldn’t visit the towns of Italy and France, they would recreate southern Europe on the English coast. 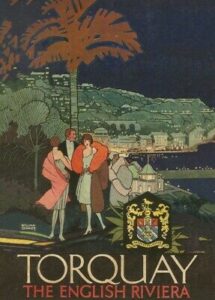 The influence of the Grand Tour can still be seen in Torquay today; in the town’s architecture; seaside fashion; exotic flowers and plants; and, of course, tourist promotion.

For some, the imitation would go too far- in the casinos which led to gangsterism and even murder, and in the high-rise towers. 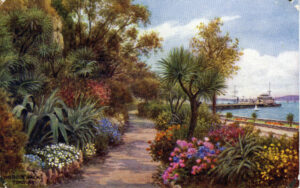 Regardless of the concerns, this would be an English Riviera, the elite of the British holiday towns. Torquay as a tourist resort began by impersonating other places, and we continue to do so.