Sometimes you could just weep for the fine folk tasked with promoting the English Riviera as a modern, exciting and cutting-edge tourist destination. 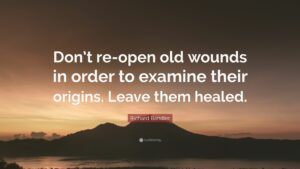 For decades they had been trying to change Torquay’s ‘Fawlty Towers’ image. Only two series of six episodes each were filmed of ‘Fawlty Towers’ and that was between 1975 and 1979, but still the folk-memory of bumbling, class-obsessed, low quality Torquay hotels lingered on in popular culture. 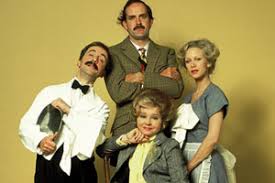 By the early twenty-first century, however, we had largely confined that portrayal of Torquinian quirkiness to the history books. We had a marina, a conference centre, and high-class restaurants.

After decades of decline we were once more edging our way back to the forefront of the British tourist experience; reconquering the peaks of leisure and pleasure; again reaching the pinnacle of high-class resorts. We had convinced the nation that Torquay was no longer populated by the idiosyncratic, the deluded, the desperate and the damaged…

Then came ‘The Hotel’…

‘The Hotel’ was a fly-on-the-wall television documentary series. The first series of eight episodes was broadcast in 2011 and featured the Damson Dene Hotel in the Lake District. So far, so good… a nice way to open up the idea of a quality holiday experience to a wider audience.

The series was filmed using fixed cameras positioned in several locations around the complex rather than using a camera crew. It followed day-to-day life at the Grosvenor as the venue did all it could to attract more guests. 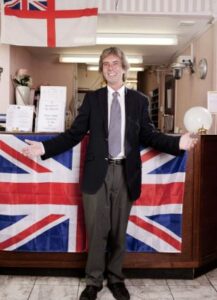 But it was the staff, rather than the building, that made ‘The Hotel’ something worth watching. ‘The Grosvenor’ was owned and managed by Mark Jenkins. Businessman and showman Mark was a hotel entrepreneur who lived alone in one of his own guest bedrooms. He had a track-record of turning failing seaside hotels around, and ‘The Grosvenor’ was his latest venture. His optimism and self-belief was boundless: “If I had my way, I would actually clone myself into every job in the entire hotel”. Mark quickly became the star of the show due to his management technique which included overseeing inflatable dolphin racing in the pool.

Mark wasn’t alone in his ‘it’ll be all right on the night’ approach. He was assisted by straight-talking reservations manager, Alison, and the perma-tanned deputy manager Christian. Joining these local characters were regular coach loads of Great British Tourists, many bringing their emotional baggage and eccentricities with them.

The Radio Times called ‘The Hotel’, ” Without doubt one of the finest, funniest and addictive Observational Documentaries… a bitter-sweet mix of complete unadulterated silliness and a rather touching human frailty”; The Daily Mirror called Mark an “accidental comedy genius”.

There were three series and a Christmas Special, a total of 25 episodes over 4 years. Watched by over 2.8 million viewers in its prime time 8pm Sunday night slot, it became one of Channel 4s most popular TV series; even credited with creating the new genre of ‘Comedy-Documentary.’ It was shown in many countries around the world.

‘The Hotel’ won ‘Best Documentary’ at the Royal Television Society Awards 2014, though many would see the heavily-edited highlights and manufactured chaos as more entertainment than a serious exploration of Torquay’s holiday trade.

Yet all things must end. Mark’s efforts didn’t prove to be entirely successful and financial difficulties meant that he had sold to the Richardson Group by series three. But two years later, Channel 4 returned to the Bay as Mark became the new entertainments manager at the nearby Cavendish Hotel. 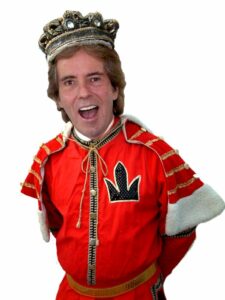 Post-‘The Hotel’, showman Mark took Grosvenor-style party nights around the country and even turned up in Christmas panto ‘Sleeping Beauty’ at the Princess Theatre in 2014. Christian was jailed in 2016 having spent two months on the run after jumping bail on the morning of a trial for fraud at Exeter Crown Court.

So perhaps ‘The Hotel’ wasn’t what our tourism leaders saw as ideal promotional material for the resort. On the other hand, as Torquay visitor Oscar Wilde once said, “There’s only one thing in the world worse than being talked about, and that is not being talked about.”

And here they are: